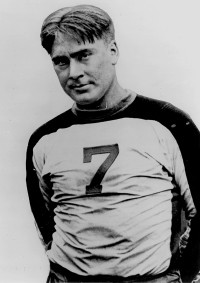 Mel Hein was the best center of   his day and the first to be inducted into the Pro Football   Hall of Fame. See more pictures of football players.

Center Mel Hein earned All-American honors at Washington State in 1930, but pro football wasn't interested. When time passed and no team contacted him, Hein took the initiative and wrote to four NFL teams to say he was available.

At last, he received a modest offer from the Providence Steam Roller. Reluctantly, Mel signed the contract and dropped it in the mail. A few hours later, Ray Flaherty, an assistant coach with the New York Giants, showed up at his doorstep with a better offer-$150 a game. Hein and Flaherty raced off to the post office, where a friendly postmaster helped him retrieve his Providence letter. Then Mel signed with New York.

Neither Hein nor the Giants ever regretted the deal. When the Pro Football Hall of Fame opened in 1963, Hein (1909-1992) was the first center to be enshrined. Hein was quite possibly the best two-way center ever to play pro football.

On offense he blocked like a demon, and his faultless centering allowed the Giants to run from a tricky formation in which the ball could be snapped to any one of three men in the backfield.

On defense, he was known for his bone-crushing tackles and his ability to cover pass receivers. On top of all that, he was a team leader.

During his 15 years with the Giants (1931­­-45), the team won seven Eastern Division championships and two league titles. For eight straight years, from 1933-40, Mel was named the center on the All-NFL Team.

In 1938, he was selected the NFL's Most Valuable Player, an incredible honor for an interior lineman. During a key late-season win over Green Bay, he intercepted a Packer pass and raced 50 yards to score the only touchdown of his pro career.

Hein's durability was fantastic. In over 200 regular-season, championship, and exhibition games-usually going the full 60 minutes-he never missed a game. Supposedly, he only once needed a time out-for a broken nose. 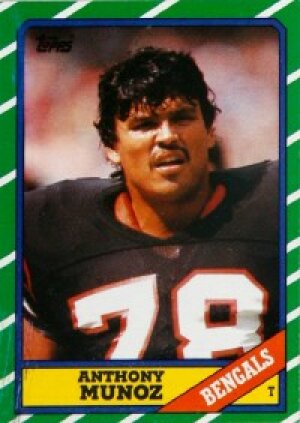 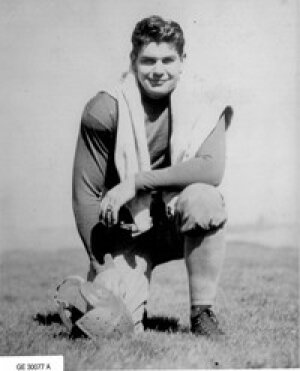 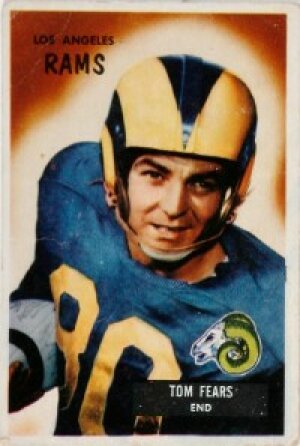