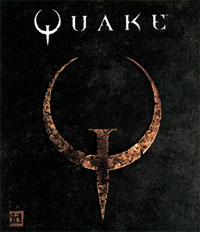 Other game engines aren't designed with independent cameras in mind, and filmmakers have to find innovative ways to capture footage. Production company Rooster Teeth's series "Red vs. Blue," which uses the "Halo" game engine, relies on a game character's point of view as the camera. Because of this, the same physics and rules that you would experience if you were playing "Halo" restrict your camera options. Rooster Teeth explored ways to approximate standard film techniques using the game engine. In order to mimic a crane shot, the player acting as the camera would perch on the end of a tank's cannon. Another player would control the tank, moving the cannon to the right level for the shot.

Some machinima uses video game characters as they appear in the game with little or no modification. Other filmmakers modify character appearances with game mods or in post-production. Humans can control the characters and treat them as if they are digital puppets. Alternatively, the game engine itself might control characters or the machinimist might program a series of actions called a script for automaton-like characters to follow. Using virtual actors frees you up to film stories that would be too dangerous for live action - there's no need for stunt doubles.

The first consideration a machinimist needs to focus on is which game engine to use. Game engines dictate what your film looks like, your options in capturing footage, the additional tools you'll need to produce films and the physics and limitations you'll experience while working within that virtual world. Machinimists have used dozens of game engines to create films. Here are a few of the most popular:

Game Cam is a free resource machinimists can use to capture video.
Image courtesy Game Cam

Games like "Quake" have in-game recording options, allowing you to capture footage with no additional software. Some games don't have video capture features, so you will need additional software such as Game Cam to grab video footage. Console video games are trickier -- you'll need a video capture card for your computer and you'll need to feed the video signal from your console into the card. Video cards vary, but you'll need to connect your console to your computer using cables like an S-video cord or an RCA cable.

Once you know which game engine you'll be using, you'll have an idea of your options and restrictions. Some machinimists base their game engine decision on the requirements of the story they have in mind, while others may first want to stick with game engines with which they are familiar (and with video games they already own), then worry about how to bring a story to life. Either way, the process of making any film can be divided into the phases of pre-production, production and post-production.

Pre-production includes writing the screenplay, storyboarding the film and making any modifications to the game engine or graphics you feel are necessary to tell your story. In this stage, you plot out your film, develop characters, plan out your sequence of shots and determine what you'll need for each scene. If you choose to program a script for a scene (instead of relying on humans to control characters and camera angles), this is when you code your programs. Most filmmakers will tell you that being careful in pre-production will prevent a lot of frustration further down the road.

Production for a machinima film may include recording voice acting, sound effects and music and capturing video game footage. Not all machinima uses voice actors or additional sound effects. In fact, many machinima films are used as music videos and don't have any dialogue at all. Early "Quake" films relied on an in-game text messenger for character dialogue and only used in-game sound effects.

Once you have your video and audio recorded, you can move on to post-production. At this stage, you edit your footage and audio track, including syncing the two together. With the right software, you can also create special effects that normally would not be part of the video game engine.

Depending on the software you've used, the finished film will be in one of several formats. Early "Quake" films were saved as "Quake" demo files and could only be viewed by someone with "Quake" installed on his computer. Most video capture software records in Windows Media Video (WMV), QuickTime (MOV) or Audio Video Interleave (AVI). You may want to use another program to convert these into other formats such as MPEG or DIVX.

Once a project is finished, the machinimist faces a new concern. By using a pre-existing game engine, the filmmaker is using the intellectual property of another person or organization for his own project.

In the next section, we'll look at legal issues with machinima.

Here are a few programs that could come in handy if you decide to try your hand at Machinima: