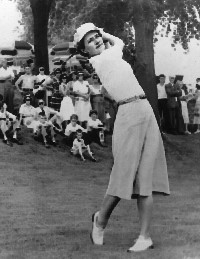 Louise Suggs burst onto the national golfscene in 1946. She was among the first players elected to the LPGA Hall of Fame. See more pictures of famous golfers.

In the early days of the LPGA Tour, Louise Suggs said that watching herself, Patty Berg, and Babe Zaharias compete for tournament titles was like "watching three cats fight over a plate of fish."

Suggs, a founding member of the LPGA, won her share, compiling 50 victories from 1949-62 to rank fifth on the all-time list.

Suggs was capable of some of the lowest scoring of her era. She shot a 291 total to win the 1949 U.S. Women's Open title by 14 strokes, still an LPGA record for victory margin.

Suggs, born in Atlanta in 1923, learned the game from her father at age 10 and won the Georgia Amateur when she was 16.

She was an outstanding amateur, winning the North and South Amateur three times, sweeping the Western Amateur and Western Open in both 1946 and '47, and taking the Titleholders in 1946.

Then came victories in the biggest amateur events on either side of the Atlantic, the U.S. Amateur in 1947 and the British championship in 1948. Suggs turned pro in the summer of 1948 rather than defend her U.S. Amateur title. But the Women's Professional Golf Association was foundering, and the next year Suggs became a charter member of the LPGA.

She also was runner-up in five Women's Opens and four LPGA Championships. Her best stretch came in 1952, '53, and '54 when she won six, eight, and five tournaments. Suggs led the money list in 1953 and '60 and earned the Vare Trophy for low scoring average in 1957.

Suggs cut back her schedule after 1961, but as late as 1963, at age 39, she was second in both the U.S. Women's Open and LPGA Championship. She eventually served as LPGA president three times. 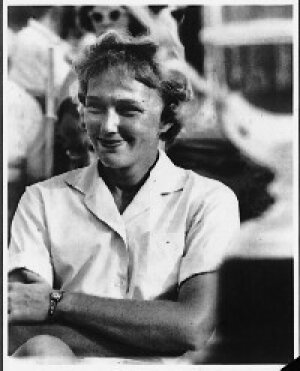 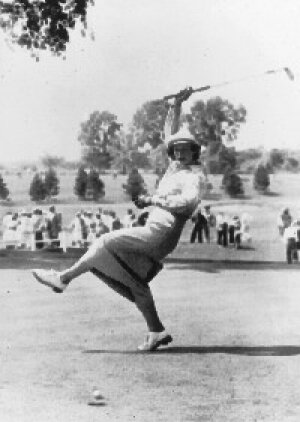