Browse the article How Lotteries Work 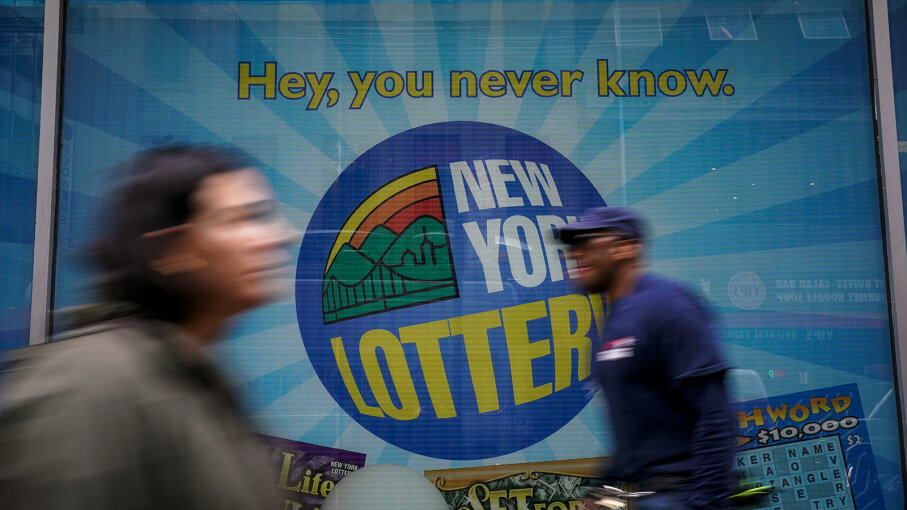 In the United States, most states and the District of Columbia (Washington, D.C.) have lotteries. A lottery is a form of gambling that is run by the state. Most states have several different games, including instant-win scratch-off games, daily games and games where you have to pick three or four numbers.

One common form of the game is Lotto. This usually involves picking the correct six numbers from a set of balls, with each ball numbered from 1 to 50 (some games use more or less than 50).

Ever wonder why the lump sum payout amount is about half of the actual jackpot amount, or how to calculate the odds of winning the Lotto? In this article, we'll learn the answers to these questions, as well as how the ball-drawing machines work and how much money you could expect to take home if you win.

Now let's say five numbers have been picked and you have to guess what the last number is going to be. There are only 45 balls left to choose from, but you only get one shot at it, so your odds are only 45:1.

Some states have been increasing or decreasing the number of balls in order to change the odds. If the odds are too easy, then someone will win the jackpot almost every week and the prize will never grow.

Large jackpots tend to drive more ticket sales. If the prize is not large enough, ticket sales can decrease. On the other hand, if the odds against winning are too great, ticket sales can also decline. It is important for each lottery to find the right balance between the odds and the number of people playing.

Some states have joined together to run multi-state lotteries. Since so many people can play, they need a game with really large odds against winning. In a multi-state lottery game, like Powerball or Mega Millions, the purses are huge and the odds of winning are very low. For instance in Mega Millions, the person must pick five numbers between 1 and 70, plus an Easy Pick number between 1 and 25. In 2018, one person won $1.537 billion (the largest Lotto purse to date) in Mega Millions after the jackpot went several weeks without a winner. The odds of winning were 1 in 302.5 million [source: Martinez].

Some people try to increase their odds using a variety of strategies. Although these strategies probably won't improve your odds by very much, they can be fun to experiment with. Check out How to Play the Lottery to learn more.

So let's say you pick the right six numbers and win a $10 million jackpot -- you're going to get $10 million, right? Well, sort of; somehow, you end up with about $2.5 million. In the next section, we'll look at where all the money goes.

Where Do Lottery Proceeds Go?

Most U.S. lotteries use the proceeds to help with their education budget. For instance, in 2012 between all of the different games the New York Lottery runs, the state made $8.5 billion. About $4 billion went to paying prizes and another roughly $1 billion went to commission fees and operating expenses; $2.9 billion went to schools [source: Syracuse.com].

In New York State, which has one of the most complicated lotteries in the country because of its payout system, "How much I am getting?" is not a simple question. When you buy a New York Lotto ticket, you have to choose between a lump sum and a series of annual payments, and you can't change your mind later.

If you chose a series of annual payments when you bought the ticket, what you are really going to win is a series of 26 yearly payments that add up to $10 million. You would receive the first payment for 2.5 percent of the total, or $250,000 (some taxes would be withheld from each check -- see below), two weeks after you submit the winning ticket. One year later, you would receive a check for 2.7 percent, or $260,000. Each year, the amount of the check goes up by a tenth of a percent -- the last payment is for 5 percent, or $500,000.

In order to guarantee that the funds for all of these payments are available, the New York Lottery buys special U.S. Treasury Bonds called STRIPS (Separate Trading of Registered Interest and Principal of Securities). These are also known as zero-coupon bonds.

When a winner claims his prize, the New York Lottery asks seven different bond brokers to quote a package of bonds that will pay each of the 25 future yearly payments. They buy the bonds from the broker at the best price for the complete package. An investment bank holds the bonds, and each year when one matures, the funds are automatically placed in the New York Lottery's cash account. The funds are transferred to the prize-payment account, and a check is written for the winner.

Typically, the whole package of 25 bonds ends up costing the New York Lottery a little less than half of the jackpot amount.

However, most winners don't opt for annual payments. About 80 percent of winners choose the lump sum option, which is usually about half of the jackpot amount. Since the New York Lottery has to pay a lump sum to buy bonds anyway, it is just as happy to give that same amount of money to the winner instead. It still goes through the process of getting quotations for the bonds, but instead of buying the bonds it pays the winner the amount the bonds would have cost.

Most people take the lump sum because they figure that they can invest the money and do a little bit better than the approximate 5-percent interest that the bonds would earn.

Most U.S. lotteries take out 24 percent from the winnings to pay federal taxes. But, if your winnings were in the millions of dollars, you would be paying closer to 37 percent (the highest tax bracket) in federal taxes when tax time comes. Add state and local taxes, and you might end up with only half of your winnings when you are done paying taxes.

If you had opted for the lump sum prize in our $10 million lottery, the prize would be about $5 million. After federal and state taxes, you'd be left with about $2.5 million.

There are two main types of Lotto machines: gravity pick and air mix. The machines have a few things in common:

The gravity-pick machine is perceived to be more secure than the air-mix machine, perhaps because of a tampering incident that occurred in 1980 in Pennsylvania.

One common type of gravity-pick machine uses solid rubber balls. The balls are dropped into a chamber where two paddles, which spin in opposite directions, mix the balls. The operator actuates a sliding door at the bottom of the mixing chamber. One at a time, six balls pass through a clear tube into a clear display area where the numbers can be read. An optical sensor detects the passage of each ball, allowing only the correct number of balls to pass through the doorway.

The other type of machine that is commonly used for Lotto is the air-mix machine. This type of machine uses ping-pong balls that are painted with numbers and carefully calibrated for size and weight. These balls are released into the machine and jets of air blow up through the chamber to mix them.

To select a set of balls, the operator opens a valve that allows air out of the machine through a tube or a set of tubes near the top of the machine. Once the valve is open, balls are blown into the tube; they are then transferred through another clear tube into a display area for reading.

Since 1980, security procedures have improved. Here are some of the ways in which different states ensure the security of their lottery drawings:

In 1980, there was a scheme to fix the Pennsylvania Lottery's Daily Numbers game. In this game, three single-digit numbers are drawn. The conspirators injected all of the numbers except for the fours and sixes with white paint so that they were too heavy to be blown up to the top of the chamber.

When the numbers were selected on live television, sure enough, the winning number was 6 - 6 - 6. Before the numbers were drawn, the conspirators had purchased many tickets all over the state for the eight different combinations that are possible with sixes and fours. They ended up winning $1.8 million.

For more information on lotteries and related topics, check out the links on the next page.