by Kate Kershner Sep 7, 2016
The musical is sure to include an epic song-and-dance number called "Do Not Pass Go," right? Hasbro/Scott Barbour/Aaron Foster/Getty

While playing Monopoly for going on three hours — after a fight about who gets the top hat, but before the tears over a broken alliance — have you ever found yourself thinking, "Wow, this horrible tedious game would make a delightful evening of song and dance"?

Well, happy news for you strange few. Hasbro Inc., which manufactures Monopoly, announced it's partnering with the Broadway producing company Araca Group to launch a musical version of the game.

If you're thinking the whole thing sounds a bit bizarre, remember that Hasbro isn't exactly treading new territory here. In 2007, Hasbro had an extremely successful partnership with the entertainment industry when some little toys called Transformers made their $70 million opening weekend box office debut. (Let's forget about 2012's "Battleship," as Hasbro probably wants to.)

Hasbro is looking to capitalize on the reach of its Monopoly brand just as the company would with any other toy. And that means finding ways to nudge different age groups and audiences to interact with it in nontraditional ways. Instead of just trying to get people to play board games, that means creating a cartoon featuring characters from the game, or a roller coaster themed to it or a musical based on it. Hasbro, in fact, doesn't even make its own board games anymore.

There's certainly no public hint to what the show would be about (and remember it'll take a few years to hit the Great White Way), but there are promises about bringing to life some characters from the game. Matthew Rego of the Araca Group did have this to say to Variety though: "I can tell you this: It's not going to be a musical about people sitting around playing Monopoly."

Fingers crossed that Scotty Dog gets a speaking role.

Also, if Hasbro's My Little Pony Equestria Girls Live Show is any indication, Mr. Monopoly better get his best sparkly skirt to the cleaners right quick.

NOW THAT'S INTERESTING
One suggestion for a dramatic backstory in "Monopoly: The Musical"? A discussion of how Rich Uncle Pennybags slowly morphed into the character of Mr. Monopoly, eventually losing his old name entirely.

Mobile Device Distraction as Effective in Kids as Sedative

Catfish Are Chowing Down on Mice and Pigeons 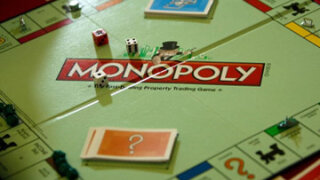 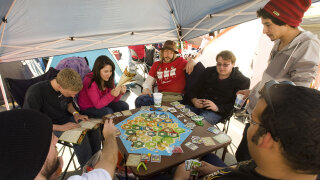 How Video Games Can be Used in Political Persuasion