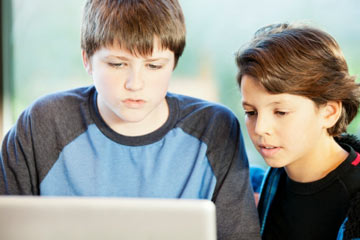 Players of all ages can reap the benefits of Lumosity brain games. See more pictures of toys and games.
©iStockphoto.com/Alina555

Usually, playtime and study time are considered separate and distinct and, at least for some students, running around at recess is far preferable to sitting in math class. But in Kent Crenshaw's prep class for the math portion of the standardized ACT test -- which many U.S. colleges use to evaluate students for admission -- play, and games in particular, have become a big part of the curriculum. But not just any games.

For the second consecutive semester now, Crenshaw, who teaches at Germantown High School in Tennessee, has incorporated into his lessons so-called brain games from a San Francisco-based company called Lumosity. Lumosity launched in 2007 and is spearheaded by neuroscientists and other big brains from universities like Stanford, Harvard and Johns Hopkins [source: Perng].

The basic idea behind the company's specially designed 35-plus games is to provide the same sort of training for the brain that regular trips to the gym provide for the body. The games are based on a still-developing field called neuroplasticity, which posits that the brain, when faced with new challenges, can be reshaped in ways that improve memory and boost thinking speed and effectiveness [source: Perng].

In a nutshell, Lumosity's computer-based games, which can be played by people of all ages, provide the challenge needed to reap those mental benefits. They're also, however, designed to be both simple to play -- with straightforward graphics and instructions – and fun, so as to encourage people to play them again and again.

Although still early in his use of the games, Crenshaw is already a proponent of their impact. "At the beginning of the semester, I give a practice ACT test, and at the end I give them another, and it seems there is a statistical difference there," says Crenshaw, who is in the midst of a more formalized study to determine the impact of the games. "[Playing the games] is helping them."

Even as he awaits the results of the study, which will help determine if his school will incorporate Lumosity's brain games into more classes, Crenshaw says the very fact his students try to beat one another is a good thing. "They love to compete and check high scores," he says. "One kid would go home and spend hours playing."

So, what do you need to do to get your brain in the sort of shape that would impress Stanford neuroscientists (or at least to help you remember the name of your kid's math teacher or where you put your iPhone)? The answer to that depends a bit on what exactly your personal abilities are.

When you head to the Lumosity Web site, it will prompt you to "build your own personalized brain training program," an option which takes you through five areas -- memory, attention, speed, flexibility and problem-solving -- and asks which aspects you want to improve [source: Lumosity]. For instance, under memory, you can click on "remembering names after the first introduction," "learning new subjects quickly and accurately," "recalling the location of objects," and "keeping track of several ideas at the same time."

Based on the answers you provide, Lumosity generates a training program that zeroes in on all of your self-identified weaknesses. Already, more than 20 million people have subscribed to get their brains in shape, convinced enough of Lumosity's worth that they're willing to fork over $15 per month or $80 per year. Compared to a lot of gyms, that's a good deal [source: Perng].

Once your personalized training program is established, Lumosity lays out some predictions in terms of what percentage brain improvement you can expect over time. For example, in this writer's case, the projected improvement in brain performance after 3 months of training was 80 percent. As you improve, the training becomes more difficult, but it requires only 15 minutes each day.

Among the games used to reach these seemingly ambitious goals is one called "Speed Match," which is designed to challenge the brain's ability to process information and thereby improve a wide variety of cognitive functions such as working memory and reaction time [source: Lumosity]. It's a simple computer game. At the start, a symbol appears on the screen, and once you get going, the task is to determine whether each subsequent symbol that's shown is the same as or different than the one that preceded it. For instance, if the first symbol were a triangle and the second a circle, it would be a pretty easy choice. But the options usually aren't that straightforward -- the differences between symbols may be more like subtly varying colors within circles, for example -- and you only have 45 seconds to choose as many correct answers as possible. The game is quickly addictive, not least of all because of the adrenaline rush that kicks in as you're playing and trying to beat the clock.

Another game called "Raindrops" works out the brain's aptitude for doing quick mental calculations and its ability to work with numbers. This one is also straightforward and uses a race against the clock in order to build suspense and sharpen attention. Small raindrops, each with a calculation -- such as seven plus two or nine times four -- descend from the top of the computer screen. Your job is to solve the calculations before they reach the "water" below. The raindrops get faster and more complicated as you answer more, and the game is over when three raindrops hit the water.

Ultimately, the types of games you'll end up playing depend on which skills you want to work on. One popular game that focuses on language skills is called "Word Bubbles," which appears on the computer screen as a line of bubbles submerged in water. The point of the game is to raise as many bubbles as possible out of the water in one minute. To do that, players are given a three-letter stem -- like "con" or "qui" -- and the goal is to make three words of the same length in order to lift the bubble out of the water. So, that means a combination of "conifer," "connect" and "confirm" would move a bubble out of the water. After succeeding with seven-letter words starting with con, a player could move onto conjuring up eight-letter or six-letter words. 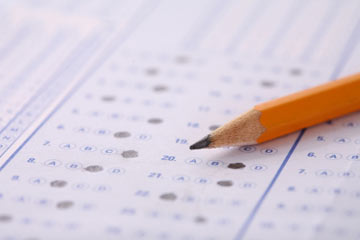 Ever since she started grappling with Lumosity's brain games in 2011, Jennifer Pierce says she has seen real benefits. A speech pathologist from Montana, Pierce says she found the number-related games especially difficult. "Because I'm not strong in math, I found the math and spatial orientation games quite challenging," she says.

Even though Pierce doesn't play every day, she still has noticed that she can concentrate better and be more productive at work than she was before she found Lumosity. "One day I was working on a report but was really tired and couldn't concentrate. So, I decided to play Lumosity," she says. "I completed that day's training and when I was finished, I was more alert and focused." Even in her most dreaded subject, math, Pierce has seen improvements. "I find myself more easily making mental calculations rather than using my fingers," she says.

Lumosity reports that, on average, its users demonstrate a 10 percent improvement in working memory and a more than 20 percent spike in attention after just 10 hours of training [source: Perng]. And while there certainly appear to be general benefits for anyone exercising the brain with Lumosity's games, some research shows that the mental workouts can be especially helpful for certain people. For example, research out of Stanford University that was published in the peer-reviewed journal "Brain Injury" in December 2010 found that Lumosity training improved the cognitive performance and brain activity in the prefrontal cortex of childhood cancer survivors. In 2011, researchers from the University of New South Wales in Australia also discovered that patients with mild cognitive impairment saw improvement in their sustained attention after Lumosity training [source: Perng].

For his part, Kent Crenshaw, the teacher from Tennessee, doesn't just test out the benefits from Lumosity on his students. Crenshaw himself did the training for 6 months before he incorporated it into his classes. An engineer by training who has taught physics, Crenshaw says the Lumosity games are far superior to other methods promoted as providing brain benefits. "This puts crossword puzzles in the slow category," he says.

I went into the research for this story imagining that I would find it about as exciting as doing homework on a sunny Saturday. But after trying out a handful of the games -- especially "Raindrops" -- I understand why so many people have become addicted to them. I also swear that I'm going to conquer "Raindrops" one of these days.