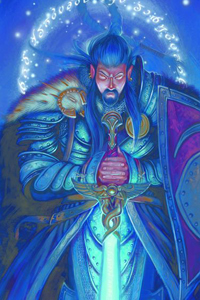 Maybe you've always wanted to be a Half-Elf Paladin? D&D gives you the chance (though not in the Red Box rules).
TM and © Wizards of the LLC. Images used with permission.

D&D has used scores of character types over the years, and later editions separate the idea of a character's race (human, elf, dwarf and the like) from his or her class (fighter, thief, and so on). But in the Red Box rules, there are seven playable character classes:

Combine ability scores with a class, and you have the basic skeleton of a character. Next comes a very basic aspect of the character's personality: his or her alignment. Your character's alignment sets the stage for interactions with others – and plays a part in what actions the character might or might not do. In the Red Box rules, there are three alignments:

Interestingly, only some playable characters are adept at speaking languages, but using Red Box rules, everyone can speak at least their alignment tongue. This allows characters of the same alignment to speak to each other without characters of other alignments understanding what is being said.

In other editions, you'll flesh all this out with a set of additional skills as well. Regardless of edition, it may help you to write out a backstory that gives your character some more personality and depth. This could even be something your DM asks you to do ahead of time, to help guide your game play and influence the overall story.

Next, we'll look at what happens once you're in that story – and what dice have to do with it. 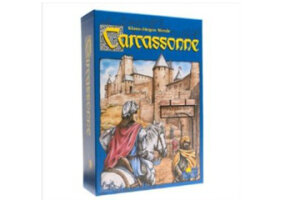