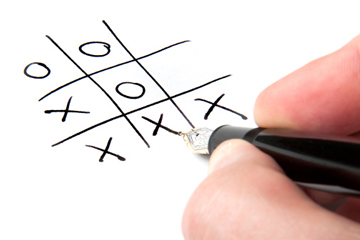 You can play this simple game on any type of paper, from a Post-it to a napkin.
iStockphoto/Thinkstock