by Meghan E. Smith
Prev NEXT
6 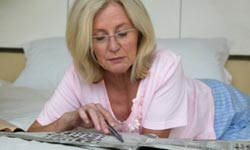 Sometimes the answer is right, but the spelling is wrong.
Push/Thinkstock

It happens to us all. If you stare at a word long enough, suddenly it just looks wrong -- even if it's a word you've been spelling correctly since junior high school. So it wouldn't be too strange to discover a misspelling amongst your answers, would it? Putting an "E" before an "I" instead of the other way around can throw off the other clues in that particular section of the puzzle. There will also be times when answers originally come from a language such as Arabic or Russian, whose alphabets are entirely different from the Latin alphabet most Western countries use. As a result, there are often a number of accepted spellings for these translated words. In those cases, the clue will usually include a parenthetical "var." to indicate that there is more than one established way to spell the word in question.