Browse the article Inside 'Jon and Kate Plus 8' 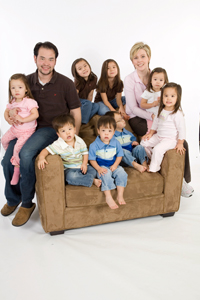 One new baby at a time is a handful for most parents, so the thought of bringing home six infants -- when you already have twin toddlers -- is downright terrifying, from the cost of formula and diapers to the logistics of multiple 2 a.m. feedings. But even if you don't envy Jon and Kate Gosselin, the often-overwhelmed parents of this young octet, their unusual circumstances are undeniably fascinating, and great fodder for TV. "Jon & Kate Plus 8," the docu-series that has followed the Gosselins for four seasons, is TLC's most popular program.

So how did this Pennsylvania couple end up with two sets of multiples, and how do they manage eight rambunctious kids, now aged eight (twins Madelyn and Cara) and four (sextuplets Alexis, Aaden, Collin, Leah, Hannah and Joel, in order of their birth)? And how do they keep their marriage from collapsing under the strain? As you'd expect, it's not easy, but as the title of their family biography (written with Beth Carson) would suggest, the Gosselins view their lot as "Multiple Bles8ings."

"It's what God wants for us," believes Kate. "It's stressful, but I do love it." Nevertheless, as we'll explain in the next section, that doesn't mean she wasn't completely shocked when she discovered she was pregnant with six babies, the result of fertility treatments.­ 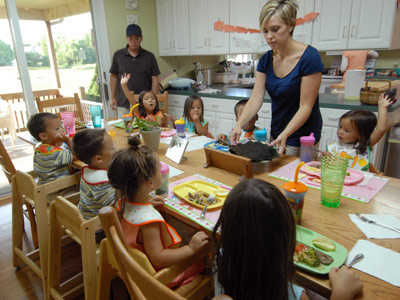 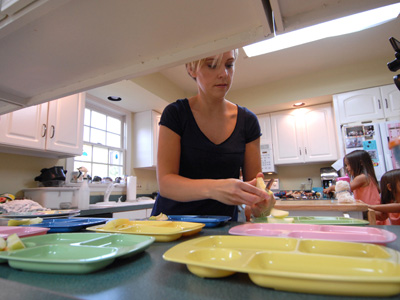 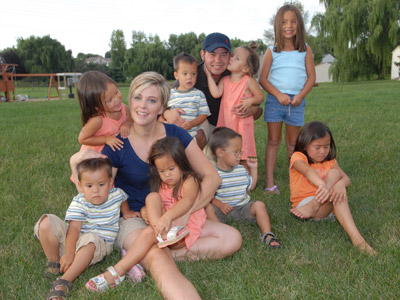 "My roughest day now doesn't compare to what we went through in those early months," Kate reflects, but if having eight infants was incredibly daunting, an octet of rambunctious, verbal children poses a new set of challenges for the Gosselins. "It doesn't get easier as they get older," she confirms. "It's just different. Now they can talk back to us. We have a whole bunch of talking, running-around kids with opinions so it's getting scary."

That apprehension increases when she contemplates their teen years: the image of a houseful of 13-year-olds is "too painful to think about." Nevertheless, she's even more concerned about the kids leaving home some day. "I'm already worried about that empty-nest syndrome," she says.

That doesn't mean she expects to be expecting again. "I can honestly say, unless God has other plans, I will never have more kids!" she declares, though she looks forward to being a grandmother. "I have very vivid dreams of our family in the future -- a house full of love, laughter, and lots of grandkids to spoil!"

For lots more information on Jon and Kate, their brood and related topics, skip on over to the links on the next page.

Whether or not "Jon & Kate Plus 8" will continue beyond its fourth installment will depend on a group vote. "It's always been a season by season decision," says Jon. "We have a family meeting and we all vote on whether we want the cameras to stay. Their childhood comes first."