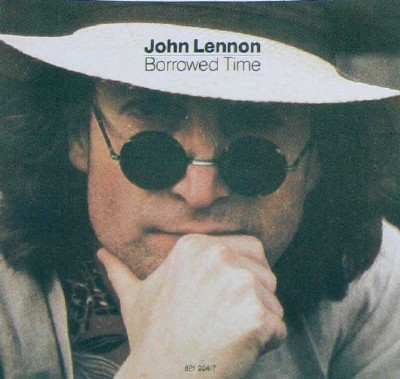 Completely bitten by the work bug when they released Double Fantasy in 1980, John Lennon and Yoko Ono had already laid down studio demo tracks for most of the material on their next album, and were even looking ahead to the one after that and a subsequent world tour.

But fate intervened, and the record that was tentatively titled Milk and Honey was held back until several years after John's death. When it was eventually released, in January of 1984, it revealed just how much John still had to offer, and how badly the world had been deprived by his passing.

Tracks such as "I'm Stepping Out" and "Nobody Told Me" display all of his old humor, and in "I Don't Wanna Face It" he sends up those who pester him about taking up causes that they themselves don't truly believe in:

The album's "Borrowed Time" describes the pain and confusion of John's youth, and his pleasure at growing older, but if the line about him "Living on borrowed time" strikes an ironic chord, this is as nothing to a song which was originally intended for Double Fantasy but wasn't recorded in time for the pre-Christmas deadline.

The song was "Grow Old With Me," which took its inspiration, and its opening two lines, from a poem by Robert Browning. John envisaged the song as a standard; one that could be sung at church weddings.

Yet, by the time of his death, he had taped it only a few times at home on a cassette recorder, singing and playing the piano, backed by a beat coming out of a rhythm box. It was the last of these recordings that Yoko included on the Milk and Honey album.

Having opened with Browning's words -- "Grow old along with me, The best is yet to be" -- John closes the song with:

Looking fit and healthy at 40, having given up alcohol, dangerous drugs, meat, and even sugar (but not high-tar cigarettes or extra-black coffee), John was in a buoyant mood on December 6 as he and Yoko spoke to Andy Peebles for an interview on BBC Radio.

Talking about their past, present, and a future that was bright with promise, John described how he loved the freedom of living almost like an ordinary citizen in New York, without being harassed by fans:

"I've been walking the streets for the last seven years. ... I can go right out this door now and go in a restaurant. You want to know how great that is? Or go to the movies? I mean, people come up and ask for autographs or say 'Hi,' but they won't bug you!"