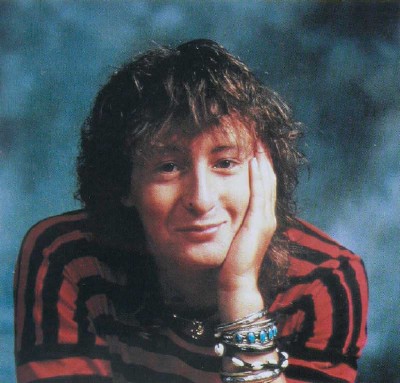 John Lennon knew he was not a perfect father for his first son, Julian (pictured), so he pledged to be better to his second, Sean, just before his own father died.

On April 18, 1975, John Lennon made his last-ever stage appearance, singing "Slippin' and Slidin'" and "Imagine" in a performance that was broadcast on the June 13 television special, Salute to Lew Grade.

On October 7 the New York State Supreme Court voted by two to one to reverse the deportation order against John, while instructing the Immigration Service to reconsider his request for resident status. Then, two days later, on John's 35th birthday, Yoko, at 42, gave birth to their only child, a son whom they named Sean Taro Ono Lennon.

The number nine had always been important to John: His birthday was on October 9; his mother had once lived at 9 Newcastle Road, Liverpool; Brian Epstein first saw the Beatles at the Cavern on November 9, 1961; he secured their EMI recording contract on May 9, 1962; and John first met Yoko on November 9, 1966.

So it was that this lucky number also found its way into some of his song titles, such as "One After 909," "Revolution 9," and "#9 Dream." Now, with his son being born on the same day as himself, John saw the event as an omen; as the name Lennon derives from Ireland, he and Yoko decided to call the child Sean, the Irish version of John.

"I feel higher than the Empire State Building!" the ecstatic father told press journalists gathered outside the New York Hospital. Yet the birth had not been without its problems, for John had to call for a doctor when Yoko's body went into shock as a result of a transfusion of the wrong type of blood.

"I'm holding onto Yoko while this guy gets to the hospital room," John told Playboy's David Sheff in 1980. "He walks in, hardly notices that Yoko is going through convulsions, goes straight for me, smiles, shakes my hand, and says, 'I've always wanted to meet you, Mr. Lennon, I always enjoyed your music.' I start screaming: 'My wife's dying and you wanna talk about music!' Christ! A miracle that everything was okay."

Well aware that he had been less than a doting father to his first son, Julian, John was determined to get it right the second time around. He and Yoko had waited a long time, and gone through a lot of heartache and pain, for their child to arrive, and John would now ensure that he -- unlike both his father and himself in earlier years -- would be fully involved in the boy's upbringing.

It was, therefore, convenient timing when the Beatles' contract with EMI Records expired on January 26, 1976. For the first time since 1962 John wasn't obliged to enter a recording studio, and the last time that he did so for four years was in April 1976, when he played piano on "Cookin' (In the Kitchen of Love)," a song that he had written especially for Ringo's Rotogravure, the new album by his old colleague Ringo Starr.

During this same month, Freddie Lennon died of cancer at the age of 63. Just over five years earlier, shortly after John had undergone his primal therapy treatment, he had finally relieved himself of all the anger, pain, and frustration that he had bottled up since he was a child. In a hysterical screaming session John had told his shocked father exactly what he thought of him, of his desertion, and of his conveniently timed return after the Beatles hit it big.

John ordered Freddie out of his house and out of his life. Freddie obliged, but during the last few days of his life he was back in constant touch with his son, via telephone calls made by John to the hospital in Brighton, England.

John later told interviewer David Sheff, "[Freddie] married a 22-year-old secretary that had been working for me or the Beatles, and had a child, which I thought was hopeful for a man who had lived a life of a drunk and almost a Bowery bum. A lot of his life was spent like that."