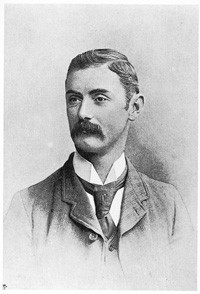 England's John Ball would be considered the greatest amateur golfer of all time, If not for the incomparable Bobby Jones.

In a career spanning the 19th and 20th centuries, Ball racked up eight victories in the British Amateur, the most titles by any player in a single major championship.

The first of those titles came in 1888 and the last in 1912, mirroring Jack Nicklaus's modern feat of winning major championships over a 24-year span.

It is difficult to compare Ball's record with the records of those who came later, or even with contemporaries Harry Vardon, John H. Taylor, and James Braid, who ruled the professional game during the same period.

But esteemed golf writer Bernard Darwin, who saw all the greats of the first part of the 20th century, wrote, "I have derived greater aesthetic and emotional pleasure from watching John Ball than from any other spectacle in any other game."

Ball enjoyed one great moment against the professionals. He won the 1890 British Open at Prestwick in Scotland, becoming the first Englishman to claim that title.

He also won the British Amateur that year; he and Jones are the only two players to sweep those titles in the same year. Ball nearly repeated the feat in 1892 when he finished second in the British Open.

Ball was born in 1861 in Hoylake, England, where his father owned the Royal Hotel. The hotel was near the Royal Liverpool Golf Club, where Ball learned the game.

In the first British Amateur in 1885, held at Royal Liverpool, Ball beat his father, 4 and 2, in the third round before losing in the semifinals.

Ball missed three years of competition (he served in the Boer War) before coming back to claim his last three titles. He played his last British Amateur in 1921, at the age of 60, making it to the fifth round.