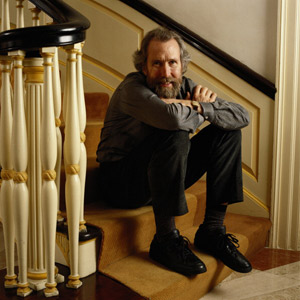 The company first founded in the early 1960s as Muppets Inc. went through various name changes and is now known as The Jim Henson Company. It is co-owned by Henson's five children, who are all involved in running it and all active in the field of puppetry. The company has several TV series in production, as well as adult-oriented theater and television shows under the subdivision Henson Alternative.

Another subdivision, Jim Henson's Creature Shop, has been building puppets, as well as providing digital effects, animation and animatronic creatures, since 1985 for both Henson productions and other companies. The company sold off the ownership of the "Sesame Street" characters (to Sesame Street Workshop) and the Muppets (to The Walt Disney Company) in the early 2000s, but the Creature Shop still builds the puppets for "Sesame Street."

Jim Henson championed the advancement of puppetry as an art form in the United States. In 1966, he founded the U.S. chapter of the UNIMA (Union Internationale de la Marionette). He and Kermit were both on hand in 1978 to cut the ceremonial ribbon for the opening of the Center for Puppetry Arts in Atlanta, Ga., the nation's largest puppetry organization. In 1982, Henson founded the Jim Henson Foundation, a charitable organization that still provides grants to artists and theater owners today.

In 1993, Jane Henson founded the Jim Henson Legacy to preserve his contributions to entertainment and share them with the public. The Legacy sponsors screenings and exhibits of Henson's work. Through it, the Henson family made a gift of more than 500 puppets, drawings and other pieces to the Center for Puppetry Arts to be exhibited in a new museum wing. The Center currently has some small exhibits of his work, which can also be seen in Leland, Miss., (Henson's birthplace) as the Jim Henson Memorial and Muppet Museum, and in other traveling exhibits around the United States.

In addition, Henson's impact is evident in the world of puppetry today. According to puppeteer David Stephens, "[...] there is now a younger generation who are discovering Jim Henson's work and being inspired by it. Puppets are still being used in commercials, music videos, television, film and in both large and small scale live performance."

The success of the Broadway musical "The Lion King," the parody musical "Avenue Q" and independent puppet performances also speak volumes about the enduring popularity of puppetry, which would not have been possible without Jim Henson.

Jim Henson is often venerated -- and rightly so -- for his generous spirit when working with other performers. According to Frank Oz in an interview with IGN Entertainment, however, "yes he was a wonderful, warm, sweet man -- but he was also the strongest man I ever met in character. He was very tough. He worked like a [expletive deleted]. He could get cranky and he got snarky at times ... He was a complex guy, but there was that noble spirit" [source: Plume].