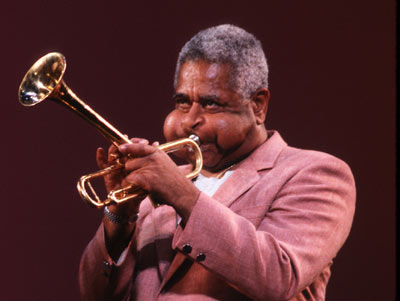 Dizzy Gillespie, a major figure in the development of bop
Don Perdue/Getty Images

New Orleans jazz (through 1920s) is most closely related to the marching bands popular in New Orleans at the end of the 19th and beginning of the early 20th centuries. Typically led by a trumpet or cornet -- supported harmonically by reeds and other horn instruments, and rhythmically by bass and drums -- the emphasis in New Orleans jazz was on collective, melodic improvisation. Solos were virtually nonexistent.

Dixieland (through 1920s), also called "Chicago jazz," transpired when musicians fled New Orleans for Chicago in search of new opportunities and less oppressive social conditions. Dixieland, closely related to New Orleans jazz, made use of collective, melodic improvisation but allowed for solos and incorporated the piano.

Swing music (1935-1945) marked a shift in jazz from improvisation to notated music and larger ensembles known as "big bands." Because of the size of the ensembles -- made up of several horns, reed instruments and percussion -- swing required simplified written arrangements. Swing was typically more repetitious, and pop friendly than other forms of jazz. Swing music is the closest jazz has ever come to being America's most popular music.

­­Bop, or "bebop," which developed in the post-swing era (circa 1945), shunned the pop-accessibility of its forebear. In bop, the spotlight was on the soloist. The new style was criticized for lacking melody, as soloists traded melodic phrasing for chordal -- using the chord progression as the basis for improvisation. Faster, more abstract and not for dancing, bop pushed jazz for the first time into art status and out of low culture.

Cool jazz (1950s and '60s), also known as West Coast jazz, marked a return to arrangements and retained elements of swing. Cool grew out of bop but smoothed out its harder edges tonally and rhythmically. Its players were educated studio musicians, many of whom eventually transitioned into more experimental forms.

Hard Bop (1950s and '60s) came about 10 years after bop, with simpler, more soulful melodies, looser rhythm sections and similarities to rhythm and blues. Some consider hard bop, which was developed on the East Coast, to be a response to cool jazz, but others say the new style developed largely in ignorance of its West Coast counterpart.

­Fusion (1967-'­70s) is a combination of rock music and jazz. As rock became more complex and musicians more skilled, players from both camps began to collaborate and experiment, just as the predecessors of jazz had done. Over time, this hybridization crystallized into its own form of jazz, though it remains not highly regarded by jazz purists.

Next we'll learn about some of the influential musicians behind these jazz movements.