Is Music Sampling Dead? Not So Fast

by David Dennis Dec 6, 2016
Robin Thicke accepts the award for Top R&B Song for 'Blurred Lines' during the 2014 Billboard Music Awards. After the heirs of Marvin Gaye made a claim of copyright infringement, Thicke and song co-writer Pharrell Williams sued them, but lost. Michael Tran/FilmMagic/Getty Images

Robin Thicke's "Blurred Lines" may have changed the music industry forever. If it didn't, it sure scared a lot of artists.

Family members of the late Marvin Gaye publicly accused Thicke and "Blurred Lines" co-writer Pharrell Williams of copying elements of Gaye's 1997 song "Got to Give it Up." Williams and Thicke pre-emptively sued the Gaye estate to get a court declaration that there was no copyright infringement. However, Thicke and Williams lost the case and were ordered to pay the Gaye estate millions.

This, in theory, created a huge problem for musicians. Sure, artists had already been sued over sampling songs — that is, using parts of older songs and repurposing them for new production — and not paying royalties to the original creators, but this suit was different. "Blurred Lines" didn't sample Gaye's original song. Instead it was "influenced" by the 1977 classic, using a similar cowbell progression.

Not only could musicians be sued for unattributed samples; it seemed like they could be sued for making songs that sound like songs that came before them. This demonstrated a dilemma for artists. Was there any song to make without worrying that some obscure (or well-known) artist would accuse you of plagiarizing? And did the case create a fear of using samples that's so risky that sampling music would soon become obsolete?

Not so fast, according to Dawaun Parker, a producer whose credits include songs for 50 Cent, Eminem and Jay Z. "[The Robin Thicke lawsuit] made producers more careful, but we always sort of knew people were getting sued," he says. Artists like MC Hammer and Vanilla Ice faced lawsuits in the early '90s for sampling songs without clearing the original work. Parker insists that sampling is as prevalent as ever, with musicians finding ways to skirt the rules in order to use samples without having to face legal ramifications. This is especially true for artists who don't have big record labels behind them to spend the money needed to pay for samples, a cost that can get up to six or seven figures.

"People are sampling as much as they ever did," Parker confirms. "There are new plugins and programs people are using to obscure samples and make them harder to detect." Artists are also being more creative with their sampling in order to make them less distinguishable, he says. While the Kanyes of the world can use entire basslines or vocal samples for hooks, more artists are distorting and splitting up samples to make them less obvious. As a result, often the sampled musicians may not even know their songs are being used.

In another twist, a few enterprising artists are publishing original music on YouTube or SoundCloud for the sole purpose of being sampled. "The goal is to ... have artists use their songs as samples and let them get publishing or even production credits on those songs," says Parker. One such producer is Antman Wonder, who creates full albums of instrumentals that producers such as DJ Premier sample for entirely new songs. It's a win-win as producers have songs readily available for sampling and up-and-coming artists have opportunities to earn publishing credits and make names for themselves.

As for bigger artists, they're still sampling music and paying the cost. When artists get sampled, most of the money goes to whomever owns the publishing rights to the song, and they divide the earnings with the original musicians and/or songwriters based on how individual contracts and agreements are written. It is up to the record labels using the sample to broker the deal in order to use the music, whether that means offering the original songwriters publishing rights to the new song, paying a flat fee or even giving producer or writing credits to the original creators. Some artists who have owned their publishing or have a say in what happens to their music, have denied artists access to samples, or else have met them in court.

But in the end, the trick is perfecting the ability to hide samples so those court dates never happen.

"Artists are constantly finding ways to work around having samples recognized," Parker concludes. "If technology gets to the point where you can obscure the sample so no one can recognize them, then the game is over."

Now That's Interesting
Not even babies are safe from issues of copyright infringement. An infamous 2007 case involved Universal Music Group sending a cease and desist over a YouTube video of a toddler pushing a cart to 29 seconds of Prince's "Let's Go Crazy." The court case was groundbreaking in determining the limits of fair use.

Toddlers May Be Able to Determine Whether Adults Are Lying

Is There Science to Back Up the Stereotypes About Only Children? 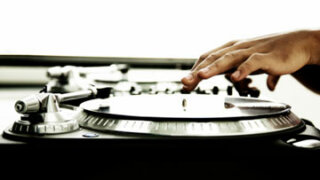 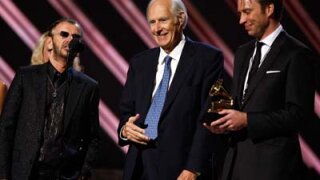 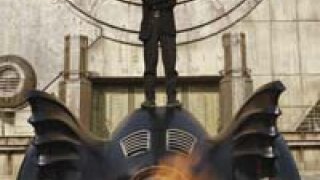 Why Frederick Douglass Was the Father of the Civil Rights Movement
February 14, 2020