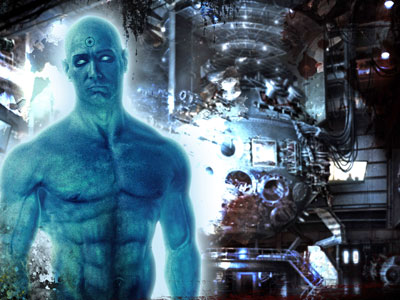 Dr. Manhattan, one of the main players of "Watchmen"
Photos courtesy of Warner Bros. Picutres/Clay Enos

­More than two decades since "Watchmen" debuted as a 12-volume comic book, later compiled as a graphic novel, the Alan Moore-Dave Gibbons cult favorite has finally become a movie, with most of its violence, nudity and sex in tact. As you might expect from Zack Snyder, director of the similarly R-rated "300," this is decidedly not your kid's superhero movie.

­­So complex and daunting was the project that four movie studios committed and uncommitted to making "Watchmen" before Warner Bros. gave it the green light once "300" hit it big.

Snyder's primary focus was replicating the tone, style and look of the graphic novel, and he drew detailed storyboards that became the production bible for everyone involved. Following the color palette of the comic, production designer Alex McDowell ("Fight Club," "Minority Report," "Charlie and the Chocolate Factory") deviated from the typical superhero primary colors. "Red was there for blood and yellow for the smiley face and blue for Dr. Manhattan but other than that we didn't use those colors at all."

But as faithful to the book as Snyder endeavored to be, some things had to be cut for various reasons. While the original graphically depicts the bloody results of New York's destruction, the filmmakers felt that showing that on screen post-9/11 was insensitive. Time constraints meant losing the comic-within-the comic story "Tales of the Black Freighter" and non-essential scenes.

"Watchmen's" ending also diverges from the novel, as it was agreed that too much time and exposition would be necessary to explain the sudden appearance of a giant space squid. The change has the blessing of illustrator Dave Gibbons, who served as a consultant and drew storyboards for the new climax. Snyder thinks even purists will agree. "They'll either like it or they won't, but they have to acknowledge the custom aspect of the movie." We'll explain about that in the following sections. 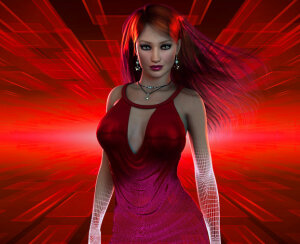