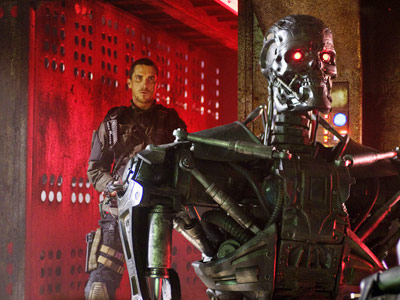 How do you inject new blood into a fading film franchise? For starters, take it back to the future. "Terminator Salvation" finds Connor (Christian Bale) older, a father-to-be and bravely leading the surviving resistance fighters in their ongoing battle against the mechanized armies of Skynet. These underground rebels include young Kyle Reese (Anton Yelchin), the protector of a silent but very smart little girl named Star (Jadagrace). Also new to the mix is the mysterious Marcus Wright (Australian rising star Sam Worthington).

"We tried to honor it and tell a different story," comments executive producer Daniel Lin, a self-described "huge fan of 'Terminator,'" who's excited to introduce the series to a new generation. Bale, however, was skeptical. He thought, "There was no new story to be told," and passed on participating--several times.

Director McG (short for McGinty) knew first hand the difficulty of making a sequel, having helmed both the hit "Charlie's Angels" and its inferior follow-up "Charlie's Angels: Full Throttle." He was similarly uninterested but became intrigued by "Terminator Salvation's" post-apocalyptic setting. But once aboard, he flew to England and begged Bale to change his mind. The "Dark Knight" star did.

Christopher Nolan, Paul Haggis and other writers modified the original story and script by John Brancato and Michael Ferris, and according to both director and stars, rewrites continued on the set in New Mexico.

McG emphasizes that the movie "was designed to work as a table read…our goal was always to have the action supplement the characters and story. If it's just all action it becomes very noisy, and if it's talking heads, people will say, 'Where's my Terminator?' Hopefully we found some balance. But when it was time to explode things, we wanted to do it with a great deal of gusto."

In the following sections, we'll detail how McG and his creative team devised the look of the film, came up with and implemented the spectacular practical and computer-generated effects, and dealt with challenging conditions on location.

On the "Terminator" Set

McG was on a mission to keep blue and green screens to a minimum. He wanted to shoot on actual locations with real elements -- including multiple Terminators -- whenever possible. That posed a complicated set of challenges.

"It's a really hard movie to physically produce and shoot," observes Daniel Lin. "We shot all of it in New Mexico and the conditions are very tough -- it's windy and it gets really hot and really cold."

Notes McG, "You experience four seasons in a day. The wind would regularly be over 60 miles an hour and would blow down the lighting towers. That would make for an exciting minefield to say the least." The fact that the set was located in a dry riverbed didn't help. "Dry silt is very powdery, and when you add wind to that it's incredible."

Sequences shot on a military base posed other problems. "There was a great deal of security to contend with. There comes a point where they can't let you past that final door," McG explains.

McG was also determined to shoot action sequences as seamlessly as possible, including a run through a minefield and a desert chase "with many moving parts" that took two weeks of first unit photography (with the actors) and another three by the second unit to shoot.

"I wanted to make sure the film was never reliant on cutting, upon edits to inject action," says McG. "I wanted to block the film in a way that was exciting to watch while staying in one shot. This keeps the audience immersed completely in the action."

Of course, with all that action, some computer-generated work had to be included. Find out how they used graphics in the next section.

Plans are underway for two more "Terminator" installments. "I've arced out the stories," reveals McG, though box office success and audience response will determine if they're made. "I'd like to see an appetite to follow Connor and what he's going to do to lead humanity to an ultimate victory, and then the advent of time travel, which is going to throw a huge wrench into the works," he says.

Bale also hopes it continues, "with me or not. I think there is actually, in the hands of the right people, a real revival for this and an extension to an already good mythology." Yelchin thinks that the themes of dependence on technology and "nature of humanity, especially when it's in the brink of destruction," will captivate viewers, and Worthington believes the story of "heroes standing up against a bunch of bullies" will resonate. "It has a lot of hope in it even though it's bleak and dark," he says. "I think that's a good message to send." 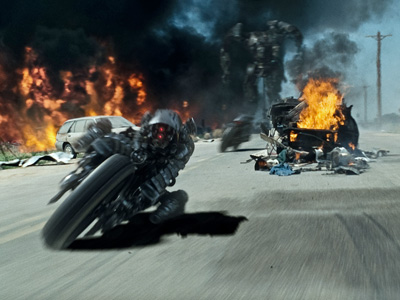 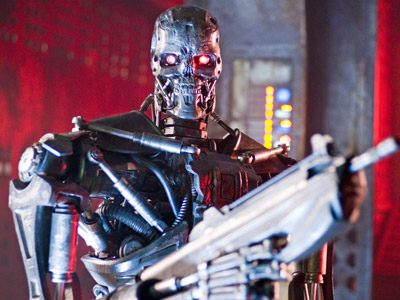 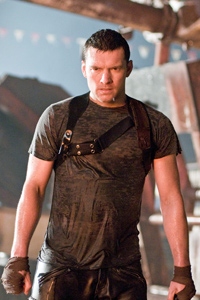 But those stunts you'll just have to see for yourself. If you'd like more information on "Terminator Salvation" or how movies are made, take a look at some of the links on the next page.