It's early 2017, and according to the Chinese zodiac calendar, we're starting bidding the year of the monkey goodbye and ushering in the year of the fire rooster. What does that mean the upcoming 12 months have in store for us? Adherents to traditional Chinese astrology believe that the rooster is punctual, reliable, independent, but also conceited and vain. And with Donald Trump entering the presidency in this rooster year, some geomancers in Hong Kong believe the year will be filled with the argumentative and aggressive characteristics the rooster embodies. But how much does astrology really affect human behavior and motivations? This episode of our Stuff to Blow Your Mind podcast explores the question:

As hosts Robert Lamb and Joe McCormick explain, it's not a major belief in astrology that has influence in our lives, but instead a vague omnipresent cultural knowledge of the zodiac. The Chinese zodiac consists of 12 animals, and each has unique personality characteristics explained by a story of a swimming race held by the Jade Emperor, a mystical figure in Taoism.

As you may know, some zodiac signs are considered to be more desirable than others, and the dragon is a particularly lucky sign. In Eastern culture, the dragon is a celestial being exhibiting control and strength. As a zodiac sign the dragon is energetic, assertive and a go-getter, all while being humble. Basically, the dragon is someone you aspire to be and would want your kids to be.

Considering this, an increase in birth rates on the year of the dragon could be expected. And in fact, this is known as the "Dragon Surge." Spikes in the birth rates in Asian countries such as Taiwan and Singapore have been reported during dragon years. In Singapore, for instance, the difference in birth rate between the rabbit, the year immediately preceding the dragon, and the dragon increased by a whopping 24-26 percent. In mainland China, the increase is not as apparent due to its massive population size, but some parents have admitted to timing their pregnancy to line up with a dragon year. This trend in birth rate has occurred since the 1970s when modern birth control and family planning became more available. As the Stuff to Blow Your Mind hosts explain, this isn't necessarily happening because people are deeply superstitious, but with fewer children and more family choices possible, any superstition weighs into those choices, such as when to have a baby, more heavily.

Celebrants ring in the lunar new year in China on February 1, 2017.
VCG/Getty Images

Generalization, also known as the Forer effect, is where the power of the  zodiac truly lies. Because their characteristics relate to a wide variety of people, the qualities of the zodiac signs apply to society at large. The zodiac has psychological and cultural relevance, but the key here is neither rigid belief in the zodiac, nor complete rejection of it. This illuminates the power of myth and the power of background folklore over our lives — a vague, loose cultural knowledge that unconsciously affects people every day.

Pets Satisfy Kids More Than Their Siblings Do, Study Suggests

Is a Hormone in Our Brains the Key to Burning Fat? 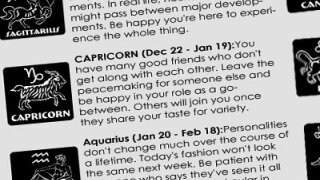 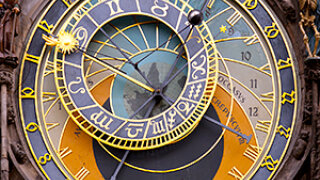 13 Not 12 Constellations in the Zodiac, NASA Points Out