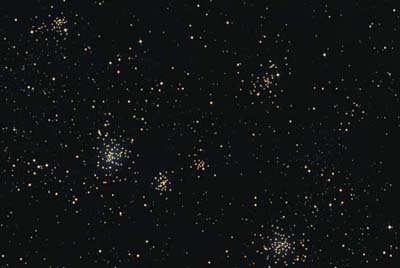 Birthday astrology combines the study of celestial bodies and birth dates to give revealing personality profiles.

Astrology -- the prediction of personality traits and the divination of future events based on the relationship between the Sun, Moon, and planets -- was born the first time people looked up at the stars and realized that those shimmering, distant orbs formed pictures in the heavens.

Long before recorded history, when life was a succession of labor and tedium interrupted by the occasional terror of simple survival, the night sky was a source of profound interest to our ancestors.

In this article you'll find details on historical and modern interpretations of astrology. At the end of this article are links to pages with specific information for each sun sign and birthday, including relationship, goal, career, family, financial, and health characteristics.

For more information about astrology, see:

The study of astrology dates back thousands of years to the ancient Egyptians, who were the first to make a science of it. The Babylonians, Greeks, and Romans also held it in high esteem.

Many people believe that the biblical Magi -- the kings who brought gifts to the Christ child -- were astrologers whose study of their art told them where to find the baby.

Although it is generally accepted that the Venerable Bede -- that great English historian of the Dark Ages -- studied astrology as a mystical discipline, it was not a popular art/science in Europe at that time. During the Crusades of the Middle Ages, the returning knights brought back many Eastern influences, including the study of astrology.

It wasn't until the European Renaissance of the fourteenth to the seventeenth centuries, when high learning and occult sciences were at their zeniths, that astrology came into its own in the West.

Although it didn't coexist well with Catholicism, it was well received in Protestant countries. During this period in history, however, astrology was still the province of the rich and powerful.

In England, astrology reached its high point during the reign (1558-1603) of Queen Elizabeth I. But with the discoveries and theories of astronomers Copernicus and Galileo in the sixteenth and seventeenth centuries, respectively, astrology and astronomy diverged, never to be reunited under the same scientific banner. Astrology lost its association with mysticism and was regarded as a pseudo-science.

Of course, astrology is still practiced today. On the next page, we will look at astrology's impact on the modern world.

The Modern Age of Astrology

The early twentieth century brought an astrology revival, particularly in the United States. Astrology's practical value as a predictor of stock-market gains and losses in the 1920s, for example, has been well documented.

Today, astrology is more popular than ever. This is largely due to two historical events that overlapped one another. The first was the period of the late 1960s, characterized as the "Age of Aquarius," named for a song from the Broadway musical, Hair.

That era of rebellion and social change downplayed materialism and urged people to embrace the mystical side of life. Astrology became a touchstone for this movement and a forum for discussion of human behavior.

The second historical event, and the greatest force in the popularization of astrology, has been the development of the personal computer. Astrologers who once spent weeks casting and interpreting charts, with accuracy that could not be assured, can now compute and print out a chart in a matter of minutes, with no doubt as to its accuracy. This added to the number of people who can have their natal or transit charts analyzed quickly and for a moderate price.

Astrology now has a different use than it did in the ancient world. The rich and powerful still consult astrologers for clues to their future; the difference is that nowadays everyone can do the same. But astrology is no longer about just love and money. Astrology answers many other questions. There are even astrologers who give stock market tips.

Despite its ancient beginnings, astrology is now part of the New Age movement. Traditional predictive, transit astrology may still rule, but there are many astrologers whose work involves past-life readings, next-life readings, marriage and family counseling, and health advice. There are now more working astrologers than at any other time in history.

And consider this: Two-thirds of people in the United States are said to have either had their charts read by an astrologer or believe that astrology is a viable method of predicting and managing the future.

On our final page, we will examine how astrology works.

How do the millions of people who turn to astrology for answers end up with distinct predictions? By studying the dates of our birth we can become aware of one aspect of the uniqueness that separates us from people born on any of the other 365 days of the year.

Read below for information on the sun sign chart, birth dates and other components used to create unique readings and predictions for every birthday of the year. You'll also find links to articles with specific information for each sun sign and birthday, including relationship, goal, career, family, financial, and health characteristics.

Sun sign astrology is the study of the twelve signs of the zodiac. Each of us fits into one of these twelve categories. You don't need to have your chart analyzed to discover a great deal about your natal (at-birth) characteristics or to get an idea of influences at work in your life.

In this age of sophisticated computer software and complex relationship theories, Sun sign astrology has its detractors. Yet there is a truth at its core. Sun sign astrology speaks to our understanding of and reliance upon ancient and modern archetypes, the basic character types we meet again and again.

Although this astrology deals with twelve basic character types, it offers the best overview of astrological characteristics, the most definitive measure of the self.

The twelve types are divided into elements: Fire, Earth, Air, Water. Within each of these categories can be found three of the twelve signs. The elements help to describe the basic nature of a sign.

The Allure of Birthdays

Why birthdays? Because they define us. They are what we grow up with, grow old with -- the common denominator of our hopes, dreams, and experiences.

Birthdays have personalities, just like people. Events, both great and small, impress their meaning upon each date, giving them renewed significance. Filled with promise, filled with potential, each date is a mixture of the mundane and the magical.

Each of us likes to believe we are unique and special in our own way.

When millions of people from all cultures and walks of life share a birthday, can there be a common thread? Without a doubt. A look at a list of people born on a specific day gives us a clue to the amazing potentialities that exist for that particular date.

In ancient times, people looked to the gods and goddesses for answers. Today, our modern messengers are television and the tabloid press. Indeed, we are enmeshed in a cult of celebrity unlike anything ever witnessed in history.

It is only natural that famous men and women should pique our interest. They invoke our envy, love, or pity. Many of us can quote the names of our celebrity astro-twins. But this is a phenomenon that speaks to us on a deeper, even more significant level.

Astrology is a complicated subject. Eventually you may wish to have your chart analyzed by a professional astrologer. But until that time you can learn a lot about your basic personality type -- and the personalities of your family and friends -- by reading and thinking about what you'll discover in birthday astrology.

Sure, you may be a Gemini, but what special advice is appropriate for a June 16 Gemini? And how does the day of a February 23 Pisces differ from that of other Pisces people?

The exclusive insights you'll find in the articles below are based upon a variety of methods designed to analyze days within each Sun sign.

First, careful examination was made of the traits and personality characteristics of the Sun sign itself, as well as the myriad associations related to its planetary ruler.

Further division and definition of each sign was provided by the use of dwads (2.5-degree markers) and decanates (10-degree markers), which establish an even more specific profile within the Sun sign.

Finally, numerology (the study of numbers according to their divine and magical significance) and the Sabian symbols (a set of 360-degree symbols and meanings that describe arcane and modern symbology) have been used to attain even greater definition and accuracy.

Your birth date is special because it is yours. Its number and characteristics should be talismans for you, symbols of what you are and what you can be.

Have fun with these articles -- and ponder what they say. Share the information with others, and discuss what you've read. Use birthday astrology as one step on your path to understanding all that you are and everything you have to offer to yourself and others.

ABOUT THE AUTHOR:Jill M. Phillips is the author of hundreds of articles on astrology as well as dozens of books. She has regularly written forecast columns for Astrology: Your Daily Horoscope.