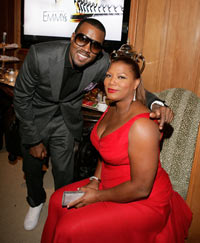 While Grandmaster Flash and The Furious Five, Afrika Bambaataa and some of the other hip-hop pioneers were hitting the recording studios in the 1980s, a new guard of hip-hop artists started to appear. Hip-hop was crossing boundaries, making appearances in new wave and punk music. Both Blondie's "Rapture" and The Clash's "The Magnificent Seven" incorporated hip-hop stylings. Run-D.M.C. melded rap with hard rock. Artists like LL Cool J, Whodini, and The Beastie Boys created a variety of hip-hop music.

The industry changed along with the sounds. Sugar Hill Records, the premier label of hip-hop, died, but Def Jam Records and other hip-hop labels moved in. Female rappers like Salt-N-Pepa, Queen Latifah and MC Lyte broke the gender line, making it easier for female artists to come like Mary J. Blige and Lauryn Hill. Black Nationalism took center stage in Public Enemy's lyrics. The soundscape of hip-hop expanded from New York and the northern East Coast to the West Coast. In 1988, hip-hop made TV -- MTV that is -- with the new show, "Yo! MTV Raps." About a year later, rap videos could be seen throughout the day on MTV.

Artists like Schoolly D, Ice T, N.W.A. and Snoop Doggy Dog (now just Snoop Dog) brought gangsta rap to the scene. As gangsta rap gained widespread popularity, the original hope of hip-hop's message got lost in the mix. Gangsta rap glorified gang violence, poverty and the insidious drug trade rather than denouncing them. Misogyny reigned supreme as women were objectified and depicted as "bitches and hos." For example, according to N.W.A.'s gangsta rap hit "Gangsta, Gangsta," "life ain't nothing but bitches and money."

Today, hip-hop music is still going strong. Several artists who found their footing in the 80s and 90s are still prolific, selling CDs and singles alongside artists who appeared in this century, such as Eminem, 50 Cent, Busta Rhymes, Juelz Santana, Akon and Nelly.

And the message of the music just might be changing again -- or at least expanding to include more than materialism, violence and the objectification of women. Darryl McDaniels (formerly of Run-D.M.C.) said this in a TIME interview:

This past decade it seems like hip-hop has mostly been about parties and guns and women. That's fine if you're in a club, but from 9:00 a.m. till I went to bed at night, the music had nothing to say to me. So I listened to classic rock.

­Kanye West brought him back from his rock reverie with the song "Jesus Walks." On hearing the song for the first time, McDaniels said, "I thought, "This song is about everything! This feels alive!" [source: Tyrangiel].

Next, we'll look at how hip-hop has inspired movement.