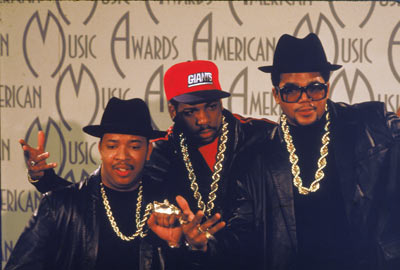 Kool Herc (Clive Campbell), became the founding father of hip-hop when he segued from tagging to turn-tabling. One of his first memorable gigs was a back-to-school party hosted by his sister. Flyers for the party listed Herc as the DJ. His name was fairly well known because of his tagging exploits, so the party had a large turnout -- people showed up to get a glimpse of Kool Herc [source: Gross].

Partygoers quickly found out that Herc wasn't like other DJs. He didn't merely ensure a steady stream of tunes. By watching the crowds, Herc realized there were portions of songs that were better for dancing. People waited to dance until these instrumental breaks or beats would play. To solve this problem, Herc used two turntables and two copies of a record. He would switch back and forth, playing the same portion of the song repeatedly. This became known as breakbeats. Herc's toasting also increased the enthusiasm of the crowd -- with shout-outs like "Rock on my mellow," Herc encouraged partygoers to keep moving [source: Hebdige].

Over time, DJing became more difficult and required more attention -- so much so that Herc had little time for toasting. Emcees (MCs) Coke La Rock and Clark Kent came to Herc's aid (they would later be called The Herculoids). Coke La Rock expanded his toasting to full-fledged poems, and rapping was born. Coke La Rock and Clark Kent -- and sometimes even Herc -- also added dancing to the show. Free-style dancing was popular, and during the extended breaks, some dancers would go particularly wild. These were the first b-boys -- a moniker Herc coined. We'll talk more about dance in the section on hip-hop movement.

Soon, the DJ scene started to explode with talent. Afrika Bambaataa (Kevin Donovan) and Grandmaster Flash (Joseph Saddler) are seen as the godfathers of hip-hop. Bambaataa, a former member of the Black Spades street gang, witnessed firsthand what gang life was doing to people in his community. Through the creation of the Zulu Nation, Bambaataa planned to rid communities of violence and drugs and replace them with the positive elements of hip-hop. Today, Bambaataa remains an ambassador of hip-hop culture.

Inspired by his father's collection of music, Grandmaster Flash took his knowledge of electronics and put it to history-making use as a DJ, helping make several contributions to hip-hop:

These and other pioneers carried hip-hop through house and street parties until the 1980s. Then, with the first recordings of hip-hop music, the scene started to move to larger venues and people's homes. The first hip-hop radio show, Mr. Magic's "Rap Attack," premiered on WBLS-FM in New York City in 1983. MCs became more prominent figures, sometimes replacing the DJ as the front man. The intent of the music also started to shift -- we'll look at how in the next section.