by Dave Roos
Prev NEXT
7 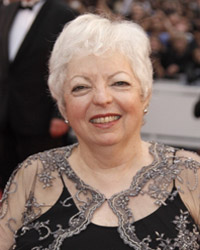 Editors perform one of the most important -- but least glamorous -- jobs in Hollywood. It's not uncommon for a director to shoot hundreds of hours of footage that needs to be whittled down to a tight, 90-minute film. A skilled editor will select the scenes and individual shots that best tell the story according to the director's specific vision.

Editors spend their days (and some late nights) in front of a console of computer monitors, shaving seconds off of shots and painstakingly editing audio. Larger film projects employ many different editors, each with a specific task (rough cut editor, dialogue audio editor, special effects audio editor and more). They don't get paid that much for all those late nights, either: According to the Bureau of Labor Statistics, the average annual salary in 2010 for a film editor was $74,200.