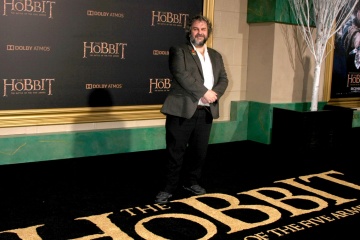 You need a sophisticated system to play back digital HFR 3-D data onto a movie screen. This system comprises three fundamental parts, including a storage device, media block and a digitalcinema projector.

Usually, a server computer stores all of the movie content on a hard drive. The data streams from the server to the media block via a high-definition serial digital interface (HD-SDI) cable. The media block plays a vital role, decrypting and decoding the data into a format that works with the projector.

Because of the massive amount of data involved with HFR 3-D, a cable interface is often too slow, strangling the data flow and affecting image quality. So some newer systems integrate the server and media block into a compact piece of hardware that's installed directly into the projector.

After the media block unlocks the data for playback, the final piece of the system is the digital cinema projector. A vast majority of theaters use Texas Instruments' DLP Cinema technology, which can display 3-D content with a single projector.

And that leads us back to frame rates. 3-D movies shot in 24 fps often seem blurrier, especially in fast-moving action scenes. In these instances, the images never seem to meld, leaving your eyes confused and, potentially, your stomach lurching. This is where 48 fps HFR 3-D proves its value. Action sequences seem much smoother and more vivid.

At 48 fps, 3-D movies have much less stuttering and flickering. Audiences see each individual frame of the movie twice per second (called double-flashing), which means each eye sees 96 fps – altogether, both of your eyes are absorbing 192 fps.

Director Peter Jackson's series of "The Hobbit" was the first major release of a high frame rate movie in history. "The Hobbit: An Unexpected Journey" was released in 2012. It was followed by "The Hobbit: The Desolation of Smaug" in 2013 and "The Hobbit: The Battle of the Five Armies" in 2014.

All three movies were shot at 48 fps and in 3-D. They were also converted to 24 fps, 2-D versions for audiences that didn't want to see 3-D and also for theaters not equipped to project high frame rate 3-D movies.

Shooting at 48 fps is one thing. Playing back the content is another. For example, if you shoot a movie at a high frame rate, you need a projection system capable of displaying high frame rates, too, otherwise your high-speed video is pointless. Not many theaters have high-speed projectors, but they're coming.