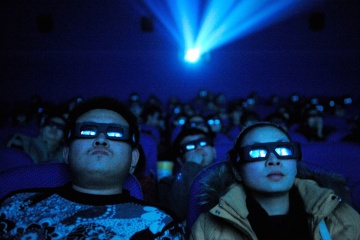 For all of the billions of dollars that Hollywood has dumped into movie production over the past century, it's an industry that's been curiously stuck when it comes to certain aspects of motion picture technology. That's especially true regarding frame rates and 3-D movies.

Now that digital technology has triumphed over film, one of the biggest advances in video is high frame rate shooting. High frame rate video is just that — it has higher frame rates than have traditionally been used in motion picture recordings. Frame rates generally refer to frames per second (fps), the number of discrete images a device displays for every second of playback.

Frame rates matter. In the early 1900s, films had no sound, and these silent movies were generally shot at frame rates between 15 and 20 fps. Those speeds are a visual tipping point of sorts, one at which our eyes begin to see a succession of images as moving video instead of just a sequence of still pictures.

In the 1930s, more and more films featured audio. At very low frame rates, audio didn't play back properly with the images; unintended noise was a byproduct of slower frame rates and it interfered with sound quality. So film directors opted for 24 fps, a rate at which video and audio played well together and created a pleasing onscreen effect for audiences. Furthermore — and significantly — 24 fps didn't consume an inordinate length of film, so it helped keep costs down. It was the advent of the 24 fps standard, which has been in widespread use ever since.

In the past few years, digital video has achieved a level of quality that surpasses film, and one of the most beautiful aspects of digital is that it doesn't eat up film. Instead, everything is recorded to reusable media such as flash drives, which means that you can shoot higher frame rates without worrying about blowing your entire budget on film.

As you can probably imagine, higher frame rates are a boon to the additional depth and dimension of 3-D content. 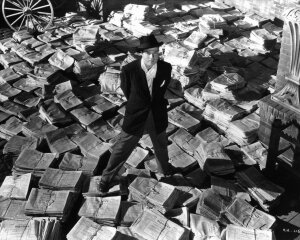