From Book to Film 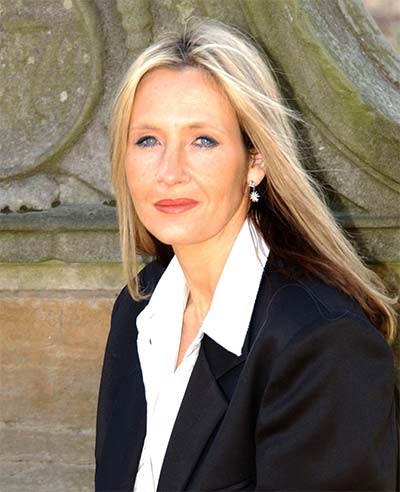 As with any project that takes a book to film -- especially one as popular as this series -- the filmmakers must consider the quality of the franchise and the mandate not to disappoint avid fans of the previous "Harry Potter" films and books. "It would be impossible to include everything. It would be an eight-hour movie," notes Yates. "You certainly keep the spirit and you try and keep your favorite details while serving the medium you're working in, which is very different from a book."

Heyman reminds that the films are seen from Harry's point of view, "and sometimes things will be cut that don't relate to that point of view. That means we've lost certain things from Hermione and Ron and other characters. But as long as we capture the spirit of the books it's OK."

Nick Dudman, a veteran of the "Star Wars" movies -- his first gig was assisting the creator of Yoda --knows from experience that it's sometimes impossible to please the most rabid fans. "There are people out there who are so obsessed with a particular aspect of something that they have an absolutely rigid black and white view of how it should look. All you can do is make sure that you've honored the text of the story and all that you're doing blends in with the art direction of the project."

Helpfully, author J.K. Rowling made herself available to offer approval and suggestions. "She's delightfully supportive," says Yates. "She read two or three different versions of the script, was very positive every step of the way, and offered opinions which we listened to very carefully but they were never proscriptive. They were always given in the most positive way. She's pretty hands-off but she came down to the set a couple times. We showed her bits of what we shot and edited and she was very kind and complimentary."

With new characters like Dolores Umbridge and Luna Lovegood (Evanna Lynch) joining familiar faces Harry (Daniel Radcliffe), Ron (Rupert Grint), Hermione (Emma Watson) and the various wizardly faculty members, the Potter world is richer than ever in "Harry Potter and the Order of the Phoenix." "I love the visual effects, but what makes these films work -- and has always made them work -- is the characters," states Heyman, who's partial to scenes involving Harry and Sirius Black.

For David Yates, it's the moment "just after Harry kisses Cho, and he sits with Hermione and Ron and they ask him what the kiss was like. A close second is the wizard fight. I love the intimate stuff and the big spectacle stuff." In the IMAX version of the movie, that spectacular battle will be shown in 3-D.

Richardson's favorite is the Weasleys' firework-throwing sequence. "It's on the screen for probably not much more than a minute or two at the most and it was a great number of weeks of testing, preparation and shooting. It was fairly complicated for us."

Dudman's workshop boasts such souvenirs as a miniature Superman from "Superman II," a Mondoshawan Warrior robot from "The Fifth Element," and "a statue of The Joker because I did Jack Nicholson's makeup for "Batman"," alongside hippogriffs and other creatures from Potter. "I never thought there would be more than one movie," he marvels, hoping to be involved through the seventh. "I don't have a contract; it's simply that each time they've asked me. But there's no guarantee. If on number seven they get another director, he might ask someone else."