How to Play a Guitar Lick in 3 Easy Steps 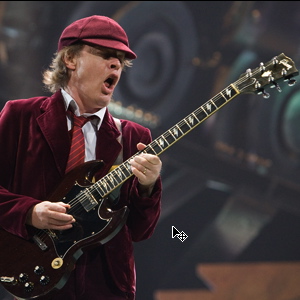 ­Since even the best economy is unreliable, it's a good idea to have a­ contingency plan. For example, many survivalists are already learning how to work as blacksmiths and farmers. If farming isn't your strong suit, perhaps you'd be better off as a professional musician. While "professional rock guitarist" may not be the most conventional (or practical) choice for a second career, wouldn't it be an incredible job? If you're going to prepare for life as a rock star, you'll need to learn some guitar solos.

­No self-respecting guitarist feels complete without memorizing a few guitar solos, so unless you plan on singing, playing drums or singlehandedly bringing back the glockenspiel, it's in your best interest to learn at least one or two. Even the most committed rhythm guitarists have one or two wild scales up their sleeves. Almost every genre of music has a place for a guitar solo, and some -- such as the blues and metal -- orbit around a catchy riff or a frenetic lick. Guitar solos can vary widely; some rely on quick finger movement between frets, while others incorporate occasional chords, hammering or bending notes. If you want to be a good guitarist, it helps to learn a few solos -- either riffs that can be modified to fit into chord progressions or specific licks to show off your technique in a jam session.

This three-part tutorial will teach you how to play a blues turnaround worthy of a veteran musician, explaining each note in a step-by-step fashion. You'll learn invaluable finger techniques, musical theory and -- of course -- an amazing guitar solo.

Why wait? Click on the next page to begin your new rock career.

Guitar and the Art of Rhythmic Displacement

This video introduces an intricate guitar lick and explains the method behind the melodic madness of the sizzling, fast-paced solo. The tutorial demystifies the solo's fascinating, complex sound through a demonstration of rhythmic displacement. In rhythmic displacement, a guitarist disrupts the typical scale by changing the progression of notes. F­or example, in this video the instructor omits the third note every third time he plays the note progression. The use of rhythmic displacem­ent creates complexity within a progression of notes or chords, much like adding a major third note to a blues scale. As you follow along with the instructor, you'll be able to see this technique applied to the first and second part of the lick.

Knowing the placement of these notes is invaluable, but you'll need a few more tips to wail like a pro. Check out the next video to learn how finger techniques can improve your speed and clarify your sound.

Frets and Frenzy in Guitar Solos

In the second part of this video, the instructor demonstrates the art of finger-pivoting. With this technique, a musician uses the tip of his or her finger to move between notes played at the same fret on different strings. This strategy makes the sound of the solo cleaner and cuts down the time used to switch between notes.

The instructor also addresses several other finger techniques that create the lick's unique and impressive sound. As the tutor demonstrates how to bend, hammer, slur and trill notes, you'll be able to play along and reproduce the effects of these techniques.

Now that you're familiar with the techniques behind this lick, click to the next page and discover the theory behind the solo.

Turning the Blues Scale Around

Armed with your knowledge of finger techniques and rhythmic displacement, you're ready to string the entire lick together. The final segment of this tutorial applies the finger movements of the previous videos to the concluding -- or turnaround -- part of this classic blues lick. As you watch the demonstration, the instructor explains the musical theory behind this progression and describes how moving farther up the fingerboard while descending the scale adds an unexpected and enjoyable spin to the conventional blues scale.

Although there's no denying this is a complicated lick, you've been able to learn the technique and theory behind each segment. With enough practice and patience, you'll astonish your friends and surprise the smoothest of pros as you breeze through this blistering solo.

If you'd like to pick up more guitar licks, techniques and tips from the pros, click to the next page.