How the Grammys Work

Browse the article How the Grammys Work 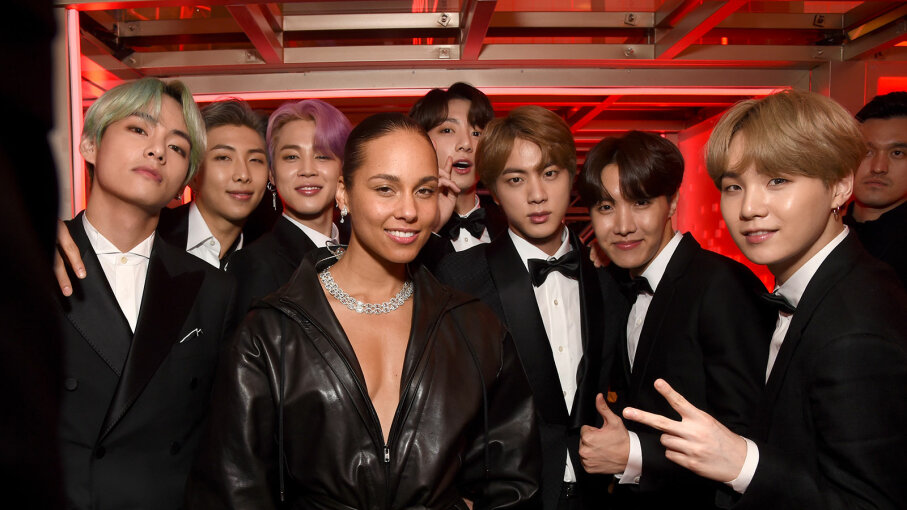 Ever grabbed a ketchup bottle and accepted the award for best new artist? You're not alone. Music-lovers the world over, from truly talented budding artists to the rest of us tone-deaf super fans, dream of the day they'll be recognized at the Grammy Awards, the most prestigious of all music industry award shows.

Indeed, for all its inherent artistry, music is a booming industry. In fact, in 2016 the recorded music industry was worth in excess of $15.7 billion, half of which was from digital channels [source: IFPI]. However, despite all the cha-ching music produces, it's refreshing to know that the Grammy Awards is an event where indie bands like Arcade Fire (who won Album of the Year in 2011) can successfully best musicians with huge sales and fan bases (like Katy Perry and Lady Gaga) [source: Los Angeles Times]. An appreciation for artistic integrity, it seems, started off front and center and largely remains that way today.

Be that as it may, the Grammys ceremony itself takes every opportunity to promote the industry and its chosen artists. The event boasts the red carpet ubiquitous to so many award shows, complete with a throng of reporters, stars and paparazzi. Live performances are often huge spectacles designed to leave people talking, clapping and sometimes scratching their heads. In fact, for a ceremony that celebrates audio achievements, it has morphed into a visual extravaganza filled with fashion, sets and over-the-top choreography.

Although many people watch the ceremony, few understand its inner workings. Keep reading to find out who nominates the artists and selects the winners.

Fields Recognized by the Grammys 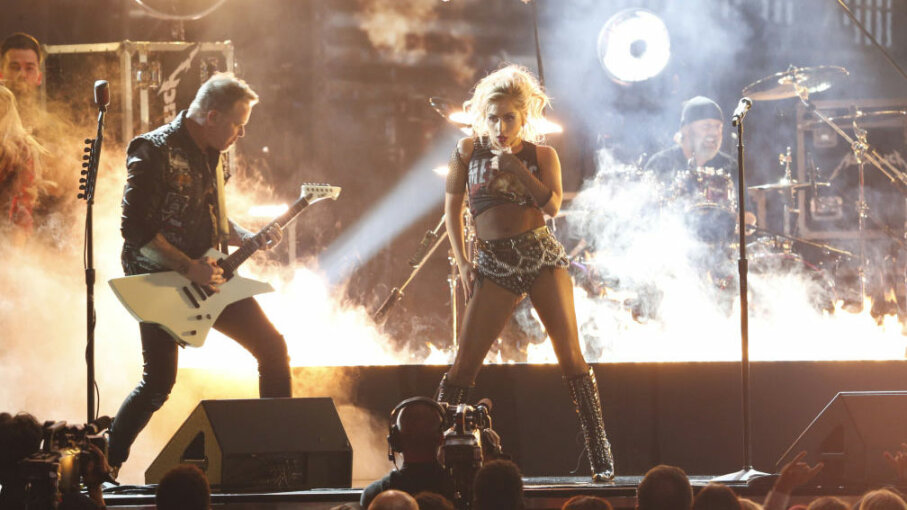 Lady Gaga and Metallica perform during the 59th Grammy Awards. Unlikely — and one-time — musical pairings, like this, are one of the reasons viewers tune in to watch the Grammy show. Monty Brinton/CBS via Getty Images

The Grammy Awards are a product of the National Academy of Recording Arts and Sciences, or the Recording Academy. Founded in 1957, the Recording Academy is a professional music organization. All of its members are creative or technical music professionals, such as singers, composers, producers, art directors and engineers. The Recording Academy has two membership levels — associate and voting. All voting members must have been producers, performers or engineers on six or more tracks of a commercially released album (or 12 or more digital tracks). As a result, the Grammys remain the only award presented to peers, by peers to recognize recording industry excellence. The awards represent excellence from the previous year, so for instance, the 1970 Grammy Awards represented accomplishments for 1969.

In addition to organizing the Grammys, the Recording Academy works with musicians and lawmakers on legal issues like digital music downloading. The Recording Academy has also organized the Grammy Foundation for music awareness as well as the MusiCares Foundation, which provides emergency assistance and addiction recovery programs for people in the music industry. Recent years and decreased funding for arts education has also led the group to advocate for the continued development of our next generation of musicians [source: Grammy].

However noble these pursuits are, the Recording Academy is most famous for its annual awards, which bring the stars front and center and often set tongues a-wagging.

Voting Process for the Grammys 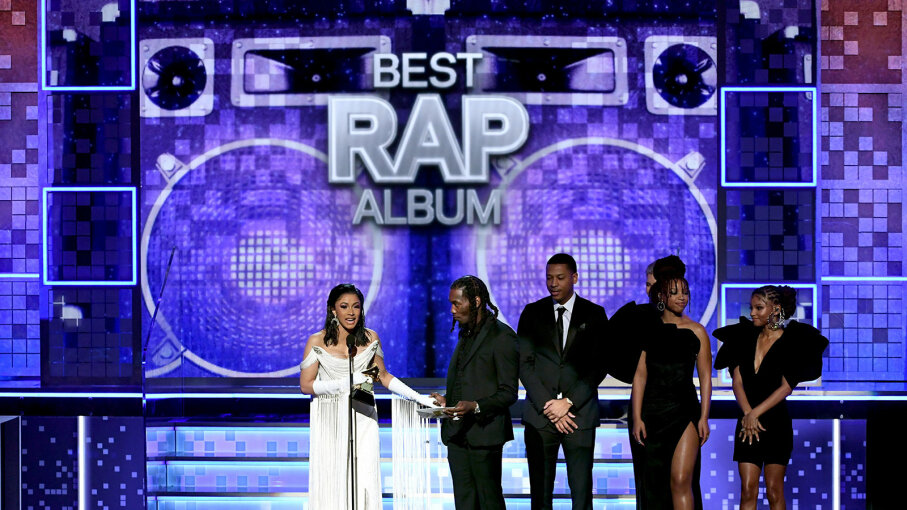 Cardi B, Offset, and Brooklyn Johnny accept the Best Rap Album for 'Invasion of Privacy' from Chloe Bailey and Halle Bailey of Chloe x Halle onstage during the 61st Annual GRAMMY Awards at Staples Center in Los Angeles. Kevin Winter/Getty Images for The Recording Academy

Every year, the Recording Academy gathers nominations for the Grammy Awards. Associate and voting members can nominate artists online or by mail, as can major and independent record labels that have registered with the Awards department. To be eligible, recordings must have been released in general commercial distribution in the United States between October 1 of the previous year and September 30 of the current year.

Once the Recording Academy receives the nominations, expert reviewers organize them. No judging takes place during this step — its purpose is only to sort each nomination into one of 30 musical fields, such as rap, country, jazz and rock. Although people most often associate the Grammys with music, the awards also recognize comedy, spoken word recordings and music videos. As the industry evolves, the Awards and Nominations Committee can also add fields or remove existing ones (no more awards for best polka album for instance). The Academy Trustees must approve the changes [source: Grammy].

After sorting the nominations, the Recording Academy mails ballots to its voting members. The purpose of this first round of voting is to select the five nominees for each award. To make sure the voting process is accurate, members may vote:

Members return their ballots to the independent accounting firm Deloitte, which tallies the votes [source: Grammy].

The Recording Academy then distributes a second round of ballots to each voting member. This time, finalists from a special nominating committee that looks at technical and other specialized awards are included. The member may vote for the four general categories and a maximum of 15 categories in his or her genre of expertise. Deloitte tallies the votes and places the results in envelopes that remain sealed until the ceremony.

Regardless of whether they receive their award on live TV or earlier in the day, all winners get a small statue of a gramophone. The Grammys gets its nickname from these statues.

Record, Album and Song of the Year: What's the Difference? 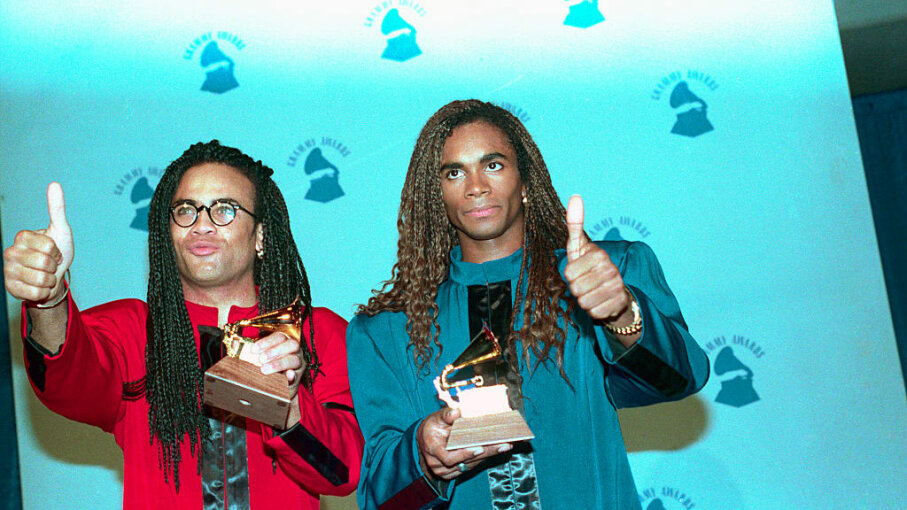 Members of the group Milli Vanilli give a thumbs up as they pose for photographers at the Grammy Awards in 1990. Their win for best new artist was rescinded when it was discovered that neither man actually sang on their debut album. Bettmann/Getty Images

It all started way back at the inaugural Grammy Awards in 1959, when musical icons like Frank Sinatra, Ella Fitzgerald and Sammy Davis, Jr. were nominated in various categories. Despite having six nominations, Ol' Blue Eyes walked away with only the award for best art director for his "Only the Lonely" album cover. Meanwhile Domenico Modugno took home the prestigious Record of the Year and Song of the Year for "Volare" [source: Grammy].

Thus, began a rich history of the Grammys giving awards to artists who would eventually be far outpaced by their category competitors. In 1973, the band America beat out the Eagles for the 1972 Grammy of best new artist, and the same thing happened to Led freakin' Zeppelin in 1970 when they lost the prize to Crosby, Stills & Nash. To be fair, the latter did go on to become fairly influential, but are considered by many to be a mere shadow of Led Zeppelin. Crooner Marc Cohn, who scored exactly one hit ("Walking in Memphis"), won the same category in 1992 against uber-successful R&B group Boyz II Men [source: Whittaker].

More damaging, the rap-pop duo Milli Vanilli's 1990 best new artist award was vacated when everyone found out that neither group member actually sang on their album — other uncredited folks did the heavy lifting [source: Los Angeles Times staff]. Also in the inexplicable category: At the 31st Annual Grammy Awards (held in 1989) Jethro Tull and their decidedly un-metal album ("Crest of a Knave" heavily featured the flute) defeating Metallica's "And Justice For All" in the first-ever hard rock/heavy metal category. This was a real head-scratcher that metalheads found downright insulting [source: TIME]. As fired up as these missteps made some viewers, they also kept them watching, talking and nowadays, tweeting.

The rap music genre was also a big source of Grammy-associated controversy. It wasn't until 1989 that the Grammys finally saw the addition of a rap category to the mix, bringing great joy and validation to the artists who'd worked tirelessly to establish it. But the slap in the face came later when the nominees found out that the relevant award(s) wouldn't be televised, and instead would be presented as part of the ceremony earlier in the day. As a result, major names in rap, like Russell Simmons, Will Smith (then known as The Fresh Prince) and Public Enemy boycotted the ceremony outright, choosing instead to hold a press conference calling out the organization. The powers that be paid attention, and rap got its due the next year, when the award was televised [source: Coscarelli].

Fast-forward a bit, and although the Grammys have wised up to the staying-power and influence of rap, the category continues to generate some unpleasant buzz. In 1992 DJ Jazzy Jeff & The Fresh Prince took the Grammy for Best Rap Performance by a Duo or Group over Public Enemy's wildly popular, acclaimed and controversial "Apocalypse 91 – The Enemy Strikes Back." And the 56th Annual Grammys in 2014 saw white rappers Macklemore & Lewis (who some rap fans don't consider "real rappers") sweep three of the four major rap categories, shutting out the critically lauded Kendrick Lamar.

The outcry following this major snub was swift and real, and Lamar was awarded two trophies the next year. But recognition was truly to be his two years later, when his album "To Pimp a Butterfly" was nominated for a record-breaking 11 awards. Although he didn't win either of the two major general categories he was nominated for, he did take all four rap trophies [source: Rys].

The Curse of the Best New Artist Award

There's a rumor out there that winning the Grammy for best new artist is the surest way to kill your career. After all, past winners like Debby Boone, Paula Cole, Bobbie Gentry and Men at Work never were able to duplicate the chart success they enjoyed at the time they received the trophy. (Men at Work's Colin Hay once referred to it as the "kiss of death award.") On the other hand, plenty of past recipients, including Mariah Carey, Sade, Alicia Keys — and yes, the Beatles — were able to have long and prosperous careers [source: Mental Floss]. 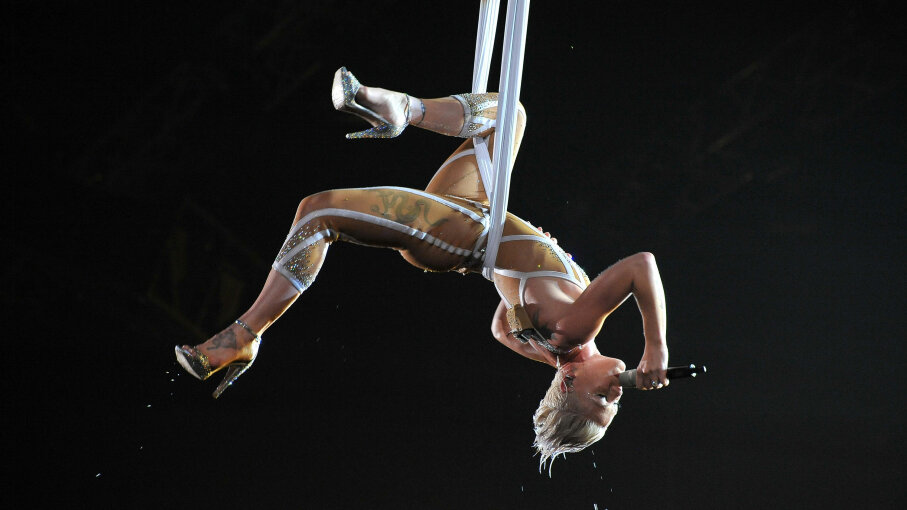 It isn't all nitpicking and complaining, fortunately. The Grammys have also seen some pretty cool, moving and socially relevant moments. Here's just a small sampling:

1983 was Michael Jackson's banner year. He brought along "dates" Brooke Shields and pint-sized Emmanuel Lewis, and collected a record eight separate Grammys for his monster album "Thriller," including record of the year and album of the year.

Eric Clapton won three major awards at the 1993Grammys for his song "Tears in Heaven," written after his young son died tragically in an accident. His performance of the single left nary a dry eye in the house, effectively transforming him from '70s rocker to living legend [source: Jang and Haar].

In 2000 Jennifer Lopez showed up in a dress so hot that she actually inspired web giant Google to develop an "image search" function, since demand for photos online the next day was so great.

Rapper Eminem spent 2001 being heavily criticized for lyrics that some considered homophobic on his hit album "The Marshall Mathers LP." He countered the controversy by doing a surprise duet performance with music icon Elton John, himself an openly gay man. The two maintained a friendship, and the rapper even credits John with helping him through his drug addiction [sources: Jang and Haar; Silverman].

Wearing a barely there body suit, Pink sang upside down while performing a trapeze act at the 2010 Grammys. The performance was so stunning she went on to do other aerial acts, while singing live, at later Grammy shows.

Macklemore and Ryan Lewis used their positions as societal influencers to promote love and marriage equality during the 2014 Awards ceremony. Thirty-three gay and straight couples were married on live television by no other than Queen Latifah while the duo performed their anthem, "Same Love." Madonna then added to the energy by performing her classic hit, "Open Your Heart" [source: Emery].

In 2017 Queen Bey (or Beyoncé, as most people know her) gave a truly groundbreaking visual performance — wearing a gold dress and a crown she seemed to be hovering in her chair above her dancers. Oh, and she did it while pregnant with twins. Girl has chops [source: Seemayer].