The Artificial Man in Myth and Mind 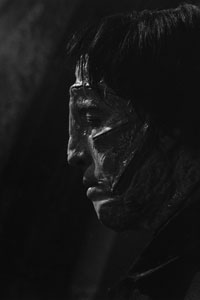 In Mary Shelley's "Frankenstein," the titular character develops the means to instill the spark of life into an artificial being. While the 1818 novel certainly broke new literary ground, the notion of synthetic life hails back to the earliest stirrings of human culture.

Myth and folklore are rich with tales of humans or gods breathing life into humanoid statues. For the ancient Greeks, there was Pygmalion, whose ivory, female sculpture awoke with the help of the god Venus. Medieval Jewish folktales speak of golems, artificial beings brought into being via a tablet of sacred words inserted beneath the clay humanoid's tongue.

Regardless of whether divine intervention or human ingenuity accomplishes this feat, these examples depend on a certain degree of magical thinking. Long before we fantasized about bringing life to the lifeless, we learned to carry out this trick inside the mind.

Humans have a knack for attributing life to artificial likenesses. It's called anthropomorphism, and it refers to when we take nonhuman or impersonal objects and give them human or personal characteristics or behaviors.

A brick is just a brick, right? What happens when you paint a smiley face on it? It inevitably becomes a little harder (or easier) to throw that brick down a well because you've imbued it with a sense of being. This interesting quirk stems from something anthropologists call the law of similarity, which holds that humans inevitably link superficial, real-life resemblances to deep, unreal resemblances. A baby doll isn't an actual infant, but it resembles one enough to make it "real" to the child who plays with it. Here's a way to test the law of similarity on your own: Sketch the face of a loved one on a scrap of paper and then crumple it in your hand. Did you feel the connection your mind forms between the resemblance and the thing itself?

Out of this phenomenon, innumerable magical and religious practices emerge, such as harming a person's likeness to produce the same effect on the actual person. Such so-called sympathetic magic includes the burning of effigies and the use of voodoo dolls.

The roots of anthropomorphic thinking lie in the human capacity for reflexive consciousness, the ability to use what we know about ourselves to understand and predict the behavior of others [source: Serpell]. These empathetic qualities gave early humans an evolutionary advantage, allowing them to not only outthink other people, but also to fit the behavior of domesticated animals within the confines of human society.

As a curious side effect, these quirks of human cognition also enable us to dream about bringing man-made likenesses to life.

So where does all this magic meet Frankenstein's world of science? On the next page, we'll venture into the realm of alchemy.