Interested in upping your odds when competing in blackjack? Don't blink — there's a new way to stack the odds in your favor, but you may have to look fast. A new study reveals that how a card player's eyes move can tend to indicate the type of mental math going on behind those eyes.

According to research published in the journal Psychonomic Bulletin & Review, spontaneous glances to the right indicate a blackjack player may hold higher-value cards, while leftward looks are more likely from a player holding lower-value cards.

Running experiments involving 58 participants, researchers from Colorado College and Emory University asked players to participate in a computerized version of blackjack — the card game where players try to achieve a hand of cars whose value is as close to 21 without exceeding it. The players were dealt an initial card and then a successive card, requiring mental mathematics to compute the new total. A computer tracked tiny eye movements and recorded the sum of the cards, and researchers found no connection between eye movement and neither how many total cards a player had nor the value of the most recent card on its own. Vertical eye movements also weren't related to total hand value.

The experiments are part of a body of research into how we think about numbers called mental number line (MNL) or numerical cognition, which helps explain how people imagine numbers in spatial relationship to one another.

"Whether our findings will help blackjack players in real life still has to be investigated," said researcher Kevin Holmes in a press release. "The relatively small differences in absolute gaze position we found here may be undetectable to the naïve observer. Perhaps following training, observers could rely on gaze patterns to infer hand value."

Even so, it's not difficult to imagine casinos or card sharks at least trying to use cameras and analytic software to try to suss out other players' hands. Unhappily, the study offered no solution for dealing with your card-playing friend who insists on wearing shades after dark and indoors — he may now claim he's hiding his spontaneous glances. But c'mon, Kevin, take off your sunglasses. You look ridiculous.

Now That's Interesting
A common way of tipping casino dealers is to make a small bet on their behalf alongside your own bet.

Ridiculous History: Bears, Raccoons — and Alligators? — in the White House

Before Brexit, Have Other Countries Left the EU? 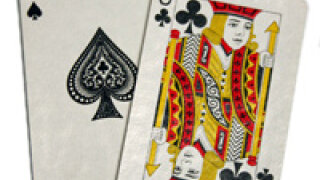 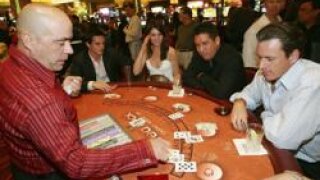