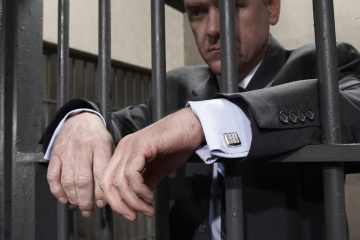 Careful, Mr. Fancy Director. If your box-office draw isn't up to snuff, you just might wind up in director jail.
Darren Klimek/Digital Vision/Thinkstock

On the outskirts of an undisclosed Midwestern city is a prison complex housing dozens of Hollywood film directors who are doing time for making flops. Culturally and geographically isolated from both the lala of L.A. and the neuroses of New York, the location is its own form of punishment.

But "punishment" isn't a word you'll hear from prison spokesperson Angelina Jolie. "This is a correctional facility, not a punitive institution. It's a place for creative people to rethink their relationship to the industry. It doesn't have to be a lifetime sentence. We've managed to rehabilitate dozens of directors over the years. I mean, we had to put Davie Boy (David O. Russell) in solitary for months at a time. Now look at him: Ever since 'The Fighter,' he's a locomotive!"

Jolie's husband, Brad Pitt, agrees, carefully eschewing terms like "prisoner" or "inmate." "Clients come here with a lot of baggage. It's about finding innovative ways of inviting them to unpack their baggage, sort through it, toss some and repurpose the rest. Instead of sitting around regretting unforgivable garbage like (Matt Weiner's) 'Are You Here?' view it as part of your process, as a teachable moment."

Pitt, who's in charge of something called the jail's "dimensional framework" designed the complex as an homage to the World War II-era prison camp in "The Great Escape." The idea is to remind inmates that, like Steve McQueen and his cohorts, they too can break out if they can learn to be team players.

"A lot of folks waste their time petitioning producers and agents for clemency," says Absolution Supervisor Tom Hanks, "but that just ain't the way out of here. You've got to knuckle down and direct a couple of commercials, work your way up to shooting an episode of 'Orange is the New Black,' and collaborate with the guards to come up with three or four strong scripts to pitch at your parole hearing."

It turns out that the prison guards he's talking about are all aspiring young script writers who have agreed to work for minimum wage in exchange for daily proximity to the has-beens and might-still-be's of director jail.

As for the parole board, it consists of associate producers with a maximum of two years' studio experience in Hollywood. It goes without saying that the humility required for veteran directors to pitch their ideas to 20-something film grads can have a salubrious effect on their egos.

The prison is funded by the foreign sales of the straight-to-video films made by the inmates prior to incarceration. Jolie, Pitt, Hanks and a host of other permanent A-listers provide their services free of charge. "As heinous as some of their crimes may be," says Chief Warden George Clooney, "we just can't think of them as unredeemable. Some of my best friends are in here. It's tragic."

Heinous crimes? Parole hearings? Can any of this be real? 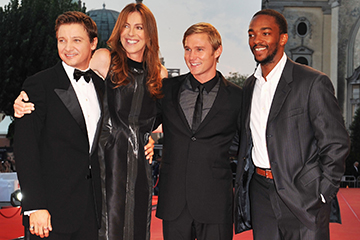