Did a time traveler attend the premiere of Charlie Chaplin's 'The Circus'? 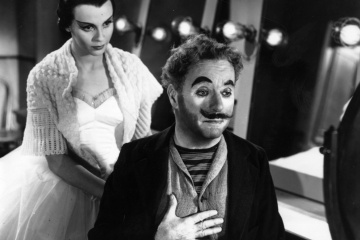 Time travel would be really awesome, right? It's hard to think no one has actually pulled it off yet, or that we know about. But wait, have they?
Keystone/Getty Images

One of the biggest viral videos of 2010, strangely enough, was a clip from 1928. It's in grainy black and white and the scene is the Hollywood premiere of the Charlie Chaplin film "The Circus." A heavyset woman, looking to be in her 60s or 70s, ambles across the screen. She's holding a curled hand to her face, her lips moving slightly like she might be having a conversation. The whole thing takes about two seconds, but it was an instant sensation, making headlines all over the world. Why? Because it sure looked like this woman was chatting on a cell phone way back in 1928. And the only reason she could have been doing this, apparently, was that she was a time traveler.

A young filmmaker from Northern Ireland named George Clarke brought the video to the world's attention, saying that he had discovered it while perusing the extras on "The Circus" DVD. Clarke claimed that he had shown the clip to about a hundred people over the course of a year and they had all decided that whatever the woman was holding had to be a cell phone. Not one of them could figure out another reason why her hand would have been positioned against her face in such a way. And time travel, then, was the most logical justification for the cell phone. It sounded crazy, Clarke admitted, but there really was no other explanation.

The Internet took about a day to burst Clarke's bubble. The time traveler theory was immediately poked full of holes: Even if the old woman was a time traveler in 1928 with a cell phone, there would have been no service, so why did she appear to be talking on it? Why was she dressed in period clothing but then totally blowing her cover by using a cell phone, and at a crowded movie premiere no less? Was "time traveler" really a more rational explanation than "crazy person talking to herself with a hand on her face"?

Eventually, some intrepid researchers came up with what really does seem like the best explanation: The woman is holding a hearing aid to her face. In 1924, Siemens had introduced a compact hearing aid, known as an "ear trumpet," that could easily fit into the palm of the hand. As for why she appears to be talking, it isn't really that baffling. Maybe she's trying to get the attention of the man who had just crossed the screen in front of her. And again, who's to say she isn't talking to herself? People walk around talking to themselves a whole lot more often than they time-travel.

So, as is the case with so many of these "amazing" viral videos, this one wasn't so earth-shattering -- and perhaps its popularity was boosted by a slow news day. Wannabe time-travelers will just have to hold their breaths until the next sighting.