Browse the article How 'The Da Vinci Code' Doesn't Work 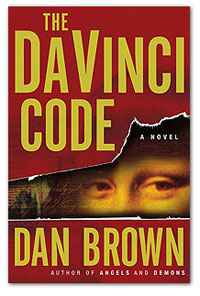 Since its 2003 publication, "The Da Vinci Code" has caused quite a stir. Since its debut to glowing reviews, it has sold more than 40 million copies in at least 44 languag­es [ref]. In addition to being a bestseller, it's sparked a lot of controversy. It's a work of fiction, but it presents itself as based in fact, and many critics have raised questions about whether those facts are accurate.

It's no secret that the HowStuffWorks staff likes to take things apart and see what makes them tick. Some of us are also the kind of sticklers who point out science and technology mistakes in TV shows and movies, much to the chagrin of the people listening. But when we heard about the controversy surrounding "The Da Vinci Code," we couldn't resist picking it apart.

In this article, you'll learn what happened when we took a close, hard look at "The Da Vinci Code" and how it uses science, technology, art and history.

Trouble at the Louvre

"The Da Vinci Code" begins with a crime at the Louvre Museum in Paris. At the behest of someone known as "the Teacher," a man named Silas murders curator Jacques Saunière. After reviewing the evidence, French investigators summon Harvard symbologist Robert Langdon for questioning.

Captain Bezu Fache of the Direction Centrale Police Judiciaire (DCPJ) is sure that Langdon is the murderer. Fache has one of his lieutenants plant a GPS dot in Landon's pocket. It's a "metallic, button-shaped disk, about the size of a watch battery." This dot, according to cryptographer Sophie Neveu, is accurate to two feet and lets the DCPJ track Langdon's location, no matter where he is. In other words:

A GPS receiver uses the position of three or more satellites to determine a person's location -- not one, as implied in the novel.

One fact explains all of these points -- by definition, a GPS receiver uses radio waves to communicate with satellites that are 11,000 miles above the Earth's surface. The receiver has to have an unbroken line of sight to these satellites, something it doesn't have indoors. Even military GPS technology can't typically get a fix on a soldier who is in dense tree cover or otherwise concealed. Check out How GPS Receivers Work to learn more.

The troublesome GPS dot keeps causing problems as the story moves along. Sophie tells Langdon that if he throws the dot away, the DCPJ officers will see that it is no longer moving and know he's onto them. She comes up with an ingenious plan. She imbeds the receiver in a bar of soap, breaks a restroom window and throws the soap onto the roof of a passing truck.

That seems like a good plan, and it works. The officers rush to apprehend the truck, believing that Langdon is on the roof. This buys him and Sophie some time. Unfortunately:

In spite of its inaccuracies, this move does buy Sophie and Langdon some time. But the mistakes in the Louvre don't stop there. Check out what else goes wrong in the museum in the next section.

Museums, Medicine and Other Mistakes 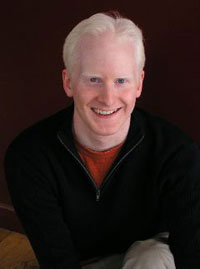 Rather than escaping through their newfound window of opportunity, Sophie and Langdon follow another clue to the Salle des Etats. The Salle des Etats, also known as the Salle de la Joconde, is the Mona Lisa's home. Before too long, the DCPJ apprehends them there.

In another burst of quick thinking, Sophie removes Leonardo's "Virgin of the Rocks" (called "Madonna of the Rocks" in the novel) from the wall opposite the "Mona Lisa." She uses the painting as a shield and threatens to destroy it by pressing her knee through the canvas. Naturally, the apprehending officer allows her to escape in order to prevent the destruction of the priceless artwork.

A few critics have remarked that the scene in the Salle des Etats is impossible because Leonardo painted "Virgin of the Rocks" on wood, not canvas. However, a royal art restorer called Hacquin transferred the painting to canvas in 1806. The scene is impossible as written for other reasons:

The farther the story moves away from the Louvre, the more it begins to focus on events in the distant past and artistic interpretation rather than verifiable details. But it does make several other concrete errors, including its depiction of people with albinism. One of "The Da Vinci Code"'s villains is a man named Silas, who is an albino. He has white skin and hair as well as pink eyes with red pupils. Silas is good with a gun and drives a car at night in pursuit of the heroes.

Albinism is a real medical condition in which a person's body cannot produce the proper amount of the pigment melanin. Most people with albinism have very pale skin and hair and light-colored eyes. Very few people with the condition have pink eyes, though. Most have light blue eyes.

Albinism prevents a person's retina and ocular nerves from forming properly. For this reason, doctors use eye examinations to diagnose people with the condition. Most people with albinism don't see well because their retinas don't function properly. Although few are blind, many do not see well enough to drive a car or, as seen in "The Da Vinci Code," to shoot people from a distance. In other words, it's extremely unlikely that Silas could perform the tasks described in the novel. You can learn more about albinism at the National Organization of Albinism and Hypopigmentation.

Other errors aren't as complex as the ones described above:

Next, we'll take a look at the novel's treatment of art and history.

Knowing Is Half The Battle and a Note on Chronology

Langdon and Sophie both seem sure that lots of evidence incriminates Langdon as Sanière's murderer, and little exonerates him. But anyone who's watched police procedurals on television (or the movie "The Boondock Saints") knows that investigators can test a person's hands for gunshot residue (GSR). Maybe neither of the two heroes watches TV.

"The Da Vinci Code" doesn't specify the date on which its fictional events took place, but it's probably set in 2000 or 2001:

Another possibility is that the book takes place sometime between 2001 and its publication date of 2003. If that's the case, the inclusion of the Salle des Etats is a major oversight. 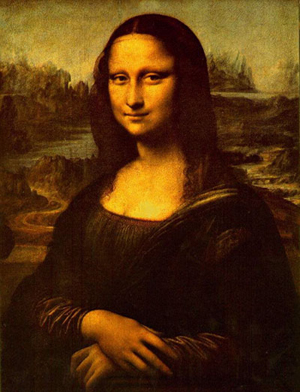 "The Da Vinci Code" makes a lot of claims about art and the Christian Bible. Of all the disputed statements in the book, these can be the hardest to prove or quantify. Although some people spend their entire lives studying and interpreting art or religious scriptures, both fields are by nature imprecise. It can be impossible to determine an artist's actual intent for a particular piece or the exact meaning behind a particular religious passage.

According to the novel, Leonardo placed hidden symbols and codes in his paintings. For example, the book makes a lot of assertions about the "Mona Lisa," including:

Which of these points are true? Here's what we found:

"The Da Vinci Code" also proposes theories about Leonardo's painting of the "Last Supper." According to the book, it shows Mary Magdalene at the right hand of Jesus as well as a disembodied hand bearing a knife. Langdon's explanation for why people don't notice the painting's hidden meaning involves "scotoma" -- the brain blocking knowledge associated with powerful symbols. However, "scotoma" is a medical term that simply means "blind spot." A scotoma typically stems from neurological or ocular dysfunction -- not from exposure to a powerful symbol.

The figure to the right of Jesus does have a feminine appearance, but most scholars agree that it is the apostle John, who typically has a youthful, delicate appearance in artwork of the period. Careful examination of the painting also reveals that the "disembodied" hand really belongs to Peter, although he is holding the knife in a somewhat awkward position. Check out these annotated pictures to learn more.

The novel also makes numerous assertions about history and other works of art. Here's a run-down of some of the frequently contested points:

Finally, most of the theories in "The Da Vinci Code" about Jesus's relationship to Mary Magdalene, whether they had a child, the "real meaning" of the Holy Grail and the history of the Catholic church come from one source. That source is "Holy Blood, Holy Grail" by Michael Baigent and others. Also known as "The Holy Blood and the Holy Grail" in the United Kingdom, this book is marketed as a work of nonfiction. However, many critics have raised serious questions about its accuracy.

Check out the links in the next section for more information on the Louvre, "The Da Vinci Code" and other locations referenced in the book.

France has used the metric system for 200 years, but Sophie, who has lived in France for most of her life, says the GPS dot is accurate to two feet. She makes another gaffe later when she claims that her Smart Car travels 100 kilometers per liter of fuel, just before she says the American Embassy is only two miles away.