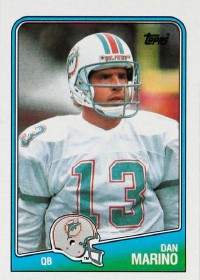 Dan Marino became the first quarterback ever to pass for  more than 5,000 yards in a single season. See more pictures of football players.

Dan Marino (born 1961) entered the NFL in 1983 after four record-setting seasons at the University of Pittsburgh. He was the Miami Dolphins' first-round pick in that year's draft, often called the "Year of the Quarterback," and the sixth quarterback taken, after John Elway, Todd Blackledge, Jim Kelly, Tony Eason and Ken O'Brien.

Marino, the 27th pick overall, took over the Miami offense as the starting QB by Week Six and led the Dolphins to a division win and 12­-4 mark.

His passer rating of 96.0 earned him Rookie of the Year honors. Marino led the AFC in passing as a rookie and was named the starting QB in the Pro Bowl-the first of his nine selections.

In 1984, in perhaps the greatest season of passing anyone has ever had, Marino ripped the opposition, completing 362 passes for an NFL-record 5,084 yards and 48 touchdowns, also an NFL record.

All in all, Marino set six NFL records and was named league MVP. On the strength of his arm, the Dolphins won the AFC title with a 14-2 mark and advanced to Super Bowl XIX, where he set records for attempts (50) and completions (29).

Marino's quick, accurate release quickly became the nightmare of opposing defensive backs. "He doesn't bring the ball up and throw it with that long arm motion," said Dolphins head coach Don Shula. "It's 'boom' and the ball's gone with a tremendous whip of the shoulders."

By 1995, Marino virtually had rewritten the NFL's record book for career passing. He eclipsed Hall of Famer Fran Tarkenton's career marks in attempts, completions, yards and touchdowns, making Marino the most prolific passer in NFL history. Not since the great Don Hutson has any player so dominated the NFL career record book.

Marino finished his career in 1999, having completed 4,967 of 8,358 passes for 61,361 yards and 420 touchdown passes. With those numbers, he secured his position as the most productive passer the NFL has ever known. 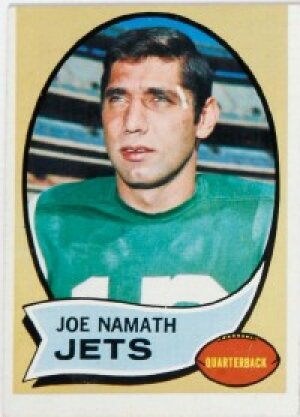