Why Don't Critics Like the Same Films as the Rest of Us?

Browse the article Why Don't Critics Like the Same Films as the Rest of Us? 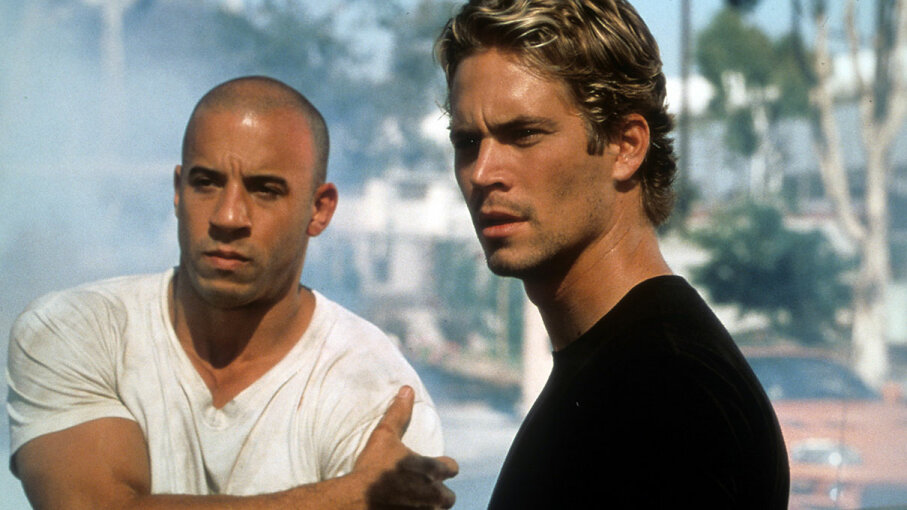 Vin Diesel (left) and the late Paul Walker in a scene from the 2001 film 'The Fast And The Furious.' This was one flick that critics didn't like but moviegoers did. It's now up to its seventh sequel. Universal/Getty Images

This just in from the "duh" department: Movie critics are out of touch with audience tastes. A new study from New York University claims to definitively prove what we've always known, that professional film critics and mainstream American moviegoers don't usually like the same movies.

"Something about being a critic seems to make the recommendations of critics unsuitable for predicting the movie taste of regular people," the NYU authors conclude. "This study is the first to quantify this in an adequately powered fashion, and it helps to explain why people often perceive critics to be out of touch."

Peter Rainer is the film critic for The Christian Science Monitor and author of "Rainer on Film: 30 Years of Film Writing in a Turbulent and Transformative Era." Not only is he un-shocked by the conclusion that critics are out of touch, but he also says it entirely misses the point of movie criticism.

"The idea that there's a disconnect between popular taste and critical taste is sort of a red herring," says Rainer, who was a finalist for the Pulitzer Prize for Criticism. "There's not supposed to be a one-to-one correspondence. If there was, then you wouldn't need critics at all. We'd simply say, 'The top 10 box office grosses this week are the best films.'"

The true role of a film critic, says Rainer, who watches five to seven movies a week, is not to lay down a simple value judgment — this movie was "good" or "bad" — but instead to use language in a way that "expands the experience of the movie for the reader."

A thoughtful, well-written review not only conveys the excitement of great filmmaking, but also explains how the movie fits into larger political and social conversations. It goes beyond plot recaps and PR-ready sound bites to illustrate why some art works and other art fails.

To reduce film criticism to a binary score, however, risks reducing filmmaking to a purely consumer exchange. Do I want to pay money for this movie: Yes or no? And if that's our only criteria, we're not only missing out on this deeper appreciation of movies, says film criticism professor and author Walter Metz; we might be making the world a dumber place.

"People who go to movies thinking that they're only entertainment forms are having a very narrow experience with that artform. Someone with an academic training in film and literary studies, is going to have a wider experience," says Metz, who chairs the Department of Cinema and Photography at the University of Southern Illinois and is co-editor of the Film Criticism Journal. "My function in writing criticism is to teach people how to think. It's both teaching people how to think about movies, but even more importantly, how to read the world around them, politically, socially and interpersonally."

Metz is an academic film critic and agrees with Rainer that the role of the critic is to expand and enhance the appreciation of film as art. But Metz doesn't think that the reviews we find in mass media outlets go nearly far enough. He wants to infuse some of the language of academic film criticism — style, aesthetics, narrative structure — into mainstream newspapers, magazines and websites.

"If popular movie reviews are out of touch with mass audiences, what I'm advocating is explicitly designed to be the most out of touch possible," says Metz, who wants above all for movie critics to write about filmmaking – for instance, how filmmakers use images, sound and editing to tell a story and elicit emotional responses.

This is where Rainer and Metz disagree. Rainer is all for calling out a particularly powerful tracking shot or moving film score, but "I'd much rather talk about what was achieved on the screen than how it was achieved," he says. "Any deep-dish stylistic analysis of a movie is not only not germane to what most people look for in reviews, it also has a way of sucking the life out of what's exciting about writing about movies in the first place."

Metz points out how moviegoers' (and critics') perceptions of movies change over time. "'Citizen Kane' didn't win the Academy Award because no one understood it," he says. "I saw 'Blade Runner' on opening night with my father and people walked out. Twenty years later, it's now seen by both academic critics and popular film fans as one of the best films of the 1980s."

And, of course there are times when critics' and moviegoers' tastes converge. Rainer cites "Jaws" and "The Empire Strikes Back" as two in this space. "It's a wonderful feeling of unity when critics can be as one with the mass audience," he says. "That doesn't necessarily mean that what the critic sees in the film is what the general audience sees. Most people who saw 'The Godfather' and made it a hit thought it was this great gangster film with good action and acting. The critics who wrote about it seriously talk about this darkened imagination of American capitalism [as well as] all those other things. That was an extra layer."