How the Club Circuit Works

Browse the article How the Club Circuit Works 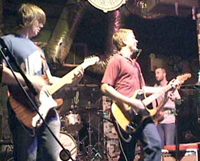 Being in a band and playing for kicks is all well and good if you have no aspirations of quitting your day job. But if the dream is to make something resembling a living in the music industry, you need to be playing in public. It's pretty cut and dry: If the public likes you, you're in; if they boo you off the stage, rethinking your music might be a good idea -- unless you're actually going for the "unappreciated in your own time" thing -- in that case, rock on. The ideal response to the public display of your music is to develop a following. A significant following is the first step toward any sort of entry into the "music industry."

Another reason to get your band onstage is so you can play songs "for real." The audience adds an intensity that is missing in practice sessions. The energy that builds when doing a set in front of a live audience is impossible to replicate.

In this article, we'll walk you through all of these steps so you can get a better grip on what it takes to start playing in clubs. 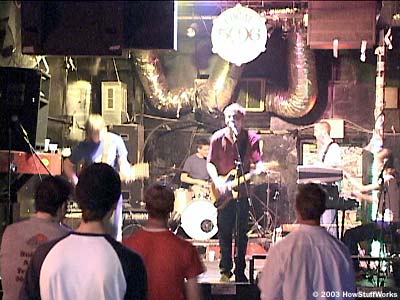 Roman Candle on stage at Local 506 in Chapel Hill, NC

There are two main reasons why you want to play clubs:

The club has one big reason for booking your band: to draw a crowd. A crowd will buy drinks, and that's how the club makes money. Besides the profit angle, a club might book your band to build a reputation -- which is really just a more indirect profit angle. The club wants to be known for booking hot acts. If your band has a significant following, some of your followers may come back to the club to see other bands, and they'll bring their money with them.

It's important for your band to understand the club's goals. If your band can bring 50 people to a small club, that is a big deal for the club owner. You'll get invited back, and now you've got a club owner you can use as a reference. If you get booked at a club and no one shows up to see you, this is bad. If you book a show and you are terrible, so the customers in the club are screaming for a refund on the cover charge, this is bad. Reputation-wise, this is worse than never getting booked at all.

So before you start trying to get into clubs, be sure of two things:

If you can't be sure of these two things, it's too early for your band to be trying to play in clubs.

To get a paying gig in a club, the person you need to talk to is the club's booker. The booker will decide whether to book your band based on your demo CD. So it's a good idea to have one.

Your demo CD will have anywhere from three to 10 songs on it. The first song should be your best -- you've got to keep the booker listening. The CD needs to be professional-grade, sound great and cause the booker to sit up and notice. The CD label should have your band name on it and -- pay attention -- your contact information. Put someone's name and phone number on the CD label so that if the booker loses everything except the CD, he can still reach you. For information on how to produce this great demo CD, check out How Producing a Demo Works.

The "everything else" the booker might lose is the package you create around the CD -- the aura of your band, if you will. The demo CD is the core, and you've got to remember that you're not just conveying information; you're conveying an image. So put some thought into it. In the package you want a good 8x10 photo of the band, a one-page bio of the band and a one-page summary of any press clippings, if you have them. If you've played anywhere "big" -- a place that is impressive or at least recognizable -- be sure to list it.

The last thing you need in your package is a one-page cover letter. You'll have to customize the cover letter for each club you send your package to, but if you put some effort into a standard form you'll have a good base to work with so you'll just have to change a few words each time you submit it. Basically, your letter needs to explain why you are the right band for this club and how many people your band can potentially draw to the club when you perform. If your band has an e-mail mailing list with 2,000 local people in it, you should say that. If you recently played somewhere and drew 200 people, you should say that. The cover letter should let the booker know that your band is "real" and why that particular club should care.

Once you have all of this material ready to mail out, you can call a booker.

Most clubs that regularly offer live music have a booker -- a person whose job it is to book acts for the club. Most bookers do other things for the club, too, but they usually have regular hours during the week to take booking calls, and that's the only time they'll talk to you.

To find out the normal booking hours, look on the club's Web site or call and ask. Call back during normal booking hours and pitch the band. You'll be saying the same kinds of things you've put in your demo package cover letter. The goal of the pitch is to get the booker interested in your band -- interested enough to want to check out your demo.

Some clubs get so many demo packages, and have already booked things so far out, that they won't be accepting demos when you call. But if the booker asks to see your demo, send it out immediately so that it arrives the next day. Then, sit and wait.

It is not unusual for a booker in a popular club to get 25 or 50 demos a week. Do not call the booker the next day. Wait for a month and see if you get a call. If you haven't heard anything after a month, then you call and see if anyone played the demo. If no one listened to it, pitch the band again. Then sit and wait another month. 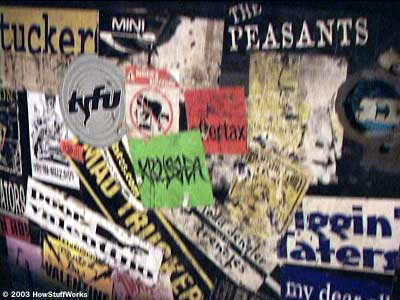 A lot of club booking is done verbally. You talk to the booker, he gives you the details and that's it. But if you can get a signed agreement, that's a good thing. The agreement can be very simple. It should list things like:

How much - amount of money, if any, you will get paid. If you're getting paid nothing, it's good to know that up front. Otherwise, there are three standard policies:

Promotion - It's helpful to know if the club will do any promotion. If not, all the burden is on you.

Put all of these details down on a sheet of paper. If the club will sign the agreement, great. If nothing else, you can use that piece of paper to make sure you don't forget anything when it's time to do the show.

Doing the show should be relatively easy compared to getting booked. But there are a few things you need to keep in mind:

For more information on doing club gigs, check out the links on the next page.

Some Clubs with Booking Information on the Web