Browse the article How are cities chosen to host the Olympics? 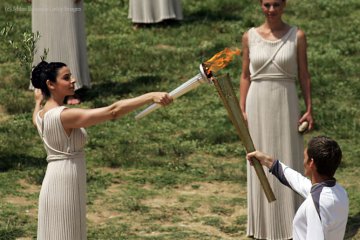 On Oct. 2, 2009, the sands of Rio de Janeiro's famous beaches disappeared under a sea of green and yellow. With glitter in the air and thousands thronging the city, Brazilians heartily celebrated the International Olympic Committee's (IOC's) decision to award Rio the 2016 Summer Olympic Games. The city's competition in the three decision rounds included Madrid, Tokyo and Chicago, but the South American metropolis made the biggest splash with the IOC.

But how did the IOC arrive at its decision?

The ultimate ruling body for the Olympic Games is governed by an extensive charter. Search among the charter's many rules and bylaws (like we did), and you'll find some that specify how IOC members in those sessions determine which city will host a particular set of games (both the Olympics and the Paralympics).

Members of the IOC handle all sorts of matters at the committee's annual, regular sessions, like amending the charter to keep it current and electing new members and executive board members.

Step down a level and you'll encounter the National Olympic Committees. The NOCs, in turn, have a number of duties -- the pertinent one in this case being the decision of which city in their respective countries can apply to become a host city for the upcoming games.

The IOC executive board and its evaluation commission take these applications and comb through them during a process known as the candidate acceptance procedure. They announce the final candidate cities a month before a session.

The big choice always happens seven years before any given games (unless something radical occurs prompting an emergency reassignment, like Denver bailing on the 1976 Winter Olympics and Innsbruck, Austria, picking up the slack). The lucky winner then has time to build facilities, determine mascots, prepare the opening ceremony and deal with all the other tasks that need to occur to launch a successful Olympic and Paralympic Games.

Potential host cities have to measure up against extensive criteria. Basically, the public authorities of a prospective city must be able to assure its respective National Olympic Committee (NOC) and the International Olympic Committee (IOC) that they'll do a top-notch job of organizing the games. This includes exhibiting suitable existing venues and unveiling design proposals for new ones. They must also present plans for transportation management, infrastructure improvements, accommodation strategies, technology systems, security policies and the torch relay. Then the IOC likes to test the waters by conducting an opinion poll, to get a feel for how excited the population is about possibly hosting the games.

If a city is in a spot prone to natural disasters, that can be an issue, as can the local weather. Obviously most cities would be more suitable candidates for the winter or the summer games, but even then, temperature extremes and climate play into consideration. Some prospective cities have to work around those issues. Temperatures in Doha, the capital of Qatar, can soar above 100 degrees Fahrenheit (38 degrees Celsius) during the summer -- which could affect athletes' performance. To sidestep the issue, in its bid for the 2020 games, the Qatar contingent suggested that the year's summer games be held in October and November, when temperatures in the area are more moderate.

Bidding cities also can help their chances by pledging to increase the participation in and practice of sports in general. For examples, representatives for Doha said that they would build a center to help increase women's participation in sports across the Middle East.

After the IOC carefully evaluates all of these considerations, the committee chooses one fortunate city to host the upcoming Olympic Games. Those not chosen, however, aren't completely out of luck. They can fine-tune their plan and bid again for another set of games. Often, it can take a time or two (or more) before a city's plan meets all of the IOC's expectations and gets voted as the winner.

Prove You've Got the Cheddar

Cities must provide financial guarantees, explaining how they will be able to fund the games. A stable economy is a plus. The IOC itself has nothing to do with paying for the games -- most of that falls on the city's Organizing Committee of the Olympic Games, the host city itself and any third-party backers that can be arranged. Then too, if the IOC feels the need to withdraw the games from a city, that city and its financial backers are not entitled to a refund for any money they put into preparing for the games up to that point. This would only typically happen, however, if they violated the Olympic Charter or breached other serious agreements that had already been decided.

I loved writing this article because while at first the process seemed outlandishly fastidious and belabored, when I started to really dig into the details, it made a lot more sense. The transformation a city must undergo in order to host a successful Olympiad takes an unbelievable amount of commitment and years of hard work to accomplish. So it's logical that the application process be so in-depth. To me it seems the evaluation commission is not only judging whether a city can pull off the Olympics in a physical sense, but in a passionate sense as well. In other words, are they willing to work just as hard for the Olympics as the athletes they hope will flock to their city to compete?