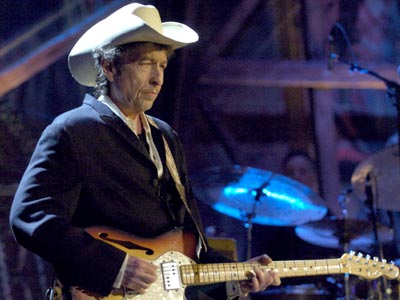 ­Let's assume you're ready for rock stardom. You've financed the world tour, grabbed the groupies and printed the t-shirts. Now you just have to learn to play an instrument. How about guitar?

­You've probably played around with a guitar in the past, and may remember a few nice riffs or some basic chords. Aside from being an essential part of every rock band i­n history, this instrument is lightweight, versatile and suitable for almost any musical genre. Like a piano, a guitar can produce both single notes and harm­onized chords. Although the combination of six strings and a neck full of frets producing these notes can be intimidating, don't despair. Learning to play is easier than you might think. Many popular, classic songs are composed of just three chords arranged in a catchy way. Assuming you already know a few chords, the next step on the road to becoming the new Jimi Hendrix is to string them together.

Building on your basic knowledge, this four-part tutorial from iVideosongs will teach you how chord transitions work. You'll learn how guide and pivot fingers are used to produce the best-sounding notes with the least amount of effort. Whether you've mastered a few Dylan songs or never played more than a C chord, you'll be surprised how quickly a few tips can improve your playing. With practice, patience and a little help from our expert tutors, you'll be playing along in no time at all.

Moving smoothly from one chord to the next is a crucial skill for any budding guitar player. While most would-be rock stars have no problem picking up a few chords, learning to switch between these chords quickly can be a career-halting challenge. This video introduces the guide and pivot techniques, two strategies that use minimal finger movement to produce seamless transitions between chords. Click on the next video to see the pivot t­echnique in action.

Most beginning guitarists remove their fingers from the neck when switching chords. While this may occasionally produce a dramatic pause, it's more likely to inspire awkward silence. Here's where the pivot technique comes into play. In the pivot technique, one finger remains at the same fret during a transition, functioning as a pivot for the rest of the fingers. For example, the index finger is in the same location in a G chord as in a­n E minor; leaving it in one place saves time and effort, producing a better transition at a quicker pace.

But what happens if you need to switch between two chords with no common note? Watch the next video to find out.

Using the pivot finger technique reduces the time it takes to switch between chords with common notes - but what happens when two chords have no note in common? In this scenario, the guide technique is your best bet. This technique uses one finger as a leading point, or guide, for other fingers to follow. For example, moving from a D7 to a G chord becomes much less difficult when you use your third finger to guide the rest of your fingers al­ong the fingerboard.

So far, you've learned how to use the pivot finger for some transitions and the guide finger for others. Now it's time to combine these techniques into a foolproof strumming strategy. Building on transitions from the previous videos, this segment demonstrates how shifting between pivot and guide finger transitions allows fluid movement from one chord to the next, producing an almost effortless chord progression. After you've mastered these chord transitions, you're ready to click to the next page and learn some more advanced guitar techniques.