by Bryan Young Apr 25, 2018
Left to right: Mark Hamill, Carrie Fisher and Harrison Ford display their early acting chops on the set of "Star Wars: Episode IV — A New Hope." Ford ultimately landed the role of Han Solo, one he'd masterfully play for decades, but not without some stiff competition from some Hollywood heavyweights. Sunset Boulevard/Corbis via Getty Images

Harrison Ford wasn't always one of the biggest stars in the world. Back when George Lucas got the green light for "Star Wars," Ford was an actor taking bit parts and working as a carpenter to pay the bills. Ford and Lucas had worked together briefly on the set of "American Graffiti," but Ford wasn't even on the list of actors Lucas had in mind for Han Solo.

Many actors have said they were considered for the role of Han or even turned it down. Al Pacino claims to have been offered the part of Han Solo but refused since he didn't understand the script. Robert "Freddy Krueger" Englund auditioned for the part, too, but was rejected for being too young. (Coincidentally, Mark Hamill was sleeping on Englund's couch at the time and that's how he heard about the part of Luke Skywalker.) Black actor Glynn Turman was high on the list and probably would have gotten the part if Toshiro Mifune had accepted the role of Obi-Wan Kenobi. In the book "The Making of Star Wars: The Definitive Story Behind the Original Film" by J.W. Rinzler, Lucas explained that if he got a Japanese Obi-Wan, he would have cast a black Han Solo, but Mifune was concerned the film might cheapen the role of samurai. Alec Guinness eventually agreed to play Obi-Wan Kenobi, and Christopher Walken quickly became the front-runner for Han Solo, but Lucas still wanted to explore his options.

During the casting process, however, Lucas insisted on testing all the groups he'd chosen to be the potential Han, Luke and Leia for "Star Wars" together. Fred Roos, the casting director, thought Harrison Ford would be perfect for the part, but Lucas was adamant that he didn't want to see anyone he'd worked with before. Since Ford was working as a carpenter, Roos hired him to hang a door in the studio the auditions were to take place in and scheduled Ford to do it when he knew Lucas would be present.

As Lucas and Roos got to work casting the film, Ford was there, installing the door. And when they came up short a Han Solo, Roos convinced Lucas to let Ford sit in for some auditions. (You can watch part of those original auditions on this YouTube video.)

Lucas slowly realized over three days of this that Ford really was the right person for the part of Han Solo and ended up casting him in the role. According to Rinzler writing in "The Making of Star Wars," Lucas still flirted with the possibility of going back to choose Christopher Walken after awarding the part to Ford, but things never made it that far. Ford went on to film the movie, and the rest was history.

Because Harrison Ford made Han Solo so iconic, recasting the part for the new "Solo: A Star Wars Story" was challenging, too. Then-directors Phil Lord and Chris Miller went through an exhaustive casting process testing thousands of actors. They eventually chose Alden Ehrenreich. In a 2016 interview with USA Today, Miller said of Ehrenreich, "That guy pretty much went through an audition pentathlon; it was like an acting steeplechase. He went against a lot of very strong competitors and was very consistently the guy from minute one. He was the first person who auditioned out of thousands, and just out of the box, made you believe that someday he'd grow into the character we know."

At the 2016 Star Wars Celebration Europe convention, Lord and Miller told the assembled audience (including this author) that it came down to how Ehrenreich reacted when they auditioned him in costume, beside Chewbacca, in the cockpit of the Millennium Falcon. Every other actor that got to that phase seemed too awed by the prospect of being Han and by the weight of the part. But Ehrenreich was more Han about it and eased right into the role like it was no big deal. And that won him the part.

Now That Was a Close One
George Lucas didn't want to cast Harrison Ford as Indiana Jones either. He thought he would be too recognizable as Han Solo. Lucas' first choice was Tom Selleck.

Why Did NASA Send a Load of Sperm Into Orbit? 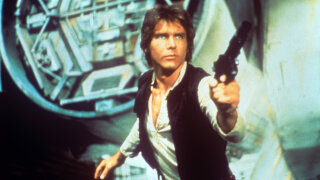 'The Last Jedi' Leaves No Time to Mourn Han Solo 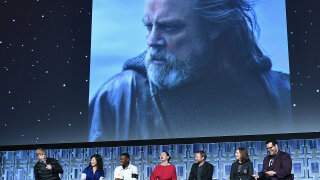 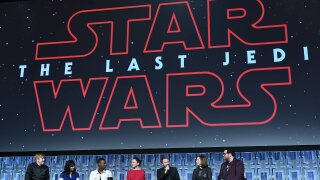 Why the Ghost of Andrew Jackson Haunts the Modern U.S. Presidency
January 27, 2020