Bobby Jones is the only golfer to win four major championships in one year. See more pictures of the best golfers.

The sum total of Bobby Jones' contributions to golf is virtually all-encompassing. As a championship golfer, he set standards that still hold, even if the scores he shot have become irrelevant.

Jones was an excellent and prolific writer on golf -- particularly his golf instruction, which has a clarity, intelligence, and warmth of insights that to this day makes good reading.

He was the quintessential amateur during his competitive career -- an impeccable gentleman (once he "grew up") and true to the code of amateurism.

Jones gave his game a golf course and a tournament that have become institutions reflecting what has come to be considered the ultimate expression of golf aesthetics and competitive rigor and drama.

Robert Tyre Jones Jr. was born in Atlanta in 1902, the only child of a lawyer who as a young man was an excellent baseball player, and became an inveterate golf buff. Bobby began playing golf at age five, and he was soon deemed a prodigy.

For good reason. At nine, Jones won the junior championship of the Atlanta Athletic Club, soundly defeating a lad seven years older than himself in the final match.

At 12, Jones won three different club championships, in one shooting a final-round 73. He won the Georgia State Amateur the next year, then played in his first U.S. Amateur, where he took the defending champion, Bob Gardner, on the 31st hole before losing.

With his Amateur showing, Jones impressed one and all with his golf, but not with his temper. He was a club and tantrum thrower, the misbehavior accompanied often by highly "colorful" language. He would ever pleasure in such language when in private and among male friends, but he did lose the tantrum part, which got in the way of his progress as a golfer.

In the third round of his first British Open, in 1921, Jones was playing poorly and picked up at the 11th hole without finishing it. It was a breach of good conduct he never forgot, and it had much to do with the princely deportment for which he became renowned.

In view of the tournament schedule of many amateur golfers today, which includes heavy summer schedules and extensive and highly competitive collegiate play, one of the most remarkable aspects of Jones' career was that he played so little competitive golf.

He studied mechanical engineering at Georgia Tech, earned a degree in English literature at Harvard, and -- after 18 months at the Emory University Law School -- took the Georgia state bar examination. He passed it and left school to practice law. He never did play college golf.

Preferring to play himself into condition for each golf season, Jones did not practice much on the range. He only rarely entered amateur events, other than the nationals. He won the Southern Amateur three times, but he has no record in such long-time prestigious amateur tournaments as the North and South or Western.

Jones did play in two pro tour events in preparing for his monumental 1930 season: the Savannah Open, which he lost by a shot to Horton Smith, and the Southeastern Open, which he won by 13 strokes after finishing double bogey, par, double bogey. Other than those few instances, the national championships were his only interest, and his metier.

During what has been described as his eight "fat years," 1923-30, Jones won the U.S. Amateur five times (and lost once in the final), the U.S. Open four times (lost twice in a playoff), the British Open three times (in four tries), and the British Amateur once (in three tries).

Jones became known as Emperor Jones, and even hard-nosed professionals who managed to beat him in an Open counted it a high achievement, if not an honor.

Jones definitely had a sense for historic accomplishment, for prior to the 1930 season he resolved to win all four of the then-major golf titles in that one year -- the U.S. and British Open and Amateur championships.

It had never been done before, and this would be his last chance for he had also decided that 1930 would be his last year of competitive golf. He had a family to raise, and he never did get over the edgy nervousness that his youthful temper displayed.

The physical and emotional stress of his great play over the previous 15 years was taking its toll. Furthermore, the Walker Cup was being played in Great Britain in 1930, which allowed him the opportunity for his goal.

Except in one instance, Jones had only played in Great Britain when representing the U.S. as a Walker Cup player, and the bulk of his travel expenses were covered by the USGA.

And so it came to pass that one of the finest feats of sustained golfing excellence in the history of the game took place: the Grand Slam. Or as one wordsmith of the day phrased it: the "Impregnable Quadrilateral."

It is certain Jones was after the British Amateur crown, for it was the only one of the four majors he had never won. Jones' most anxious moment in the British Amateur, at St. Andrews, was in the fourth round, when Cyril Tolley had a 12-foot birdie putt on the last hole to win 1 up. He missed, and Jones won on the first extra hole after laying a stymie on his foe.

Jones breezed in the final, however, clubbing Britain's Roger Wethered, 7 and 6. At Hoylake two weeks later, all ears were tuned to Jones as the British Open was broadcast over American radio for the first time. Jones led the Open through the first three rounds and broke the 72-hole course record by 10 strokes.

When he arrived back in the States, New Yorkers honored him with a ticker-tape parade.

On to Minnesota and the U.S. Open, the third leg. At the Interlachen Country Club, Jones took a five-shot lead with a third-round 68 -- the lowest he had ever shot in the U.S. Open. Nevertheless, he had to birdie three of the last six holes in the final round to win by two over Macdonald Smith. A 40-foot birdie putt on the last green was the clincher.

Given his own momentum, and the undoubted awe everyone had for Jones by the time the U.S. Amateur came around, his victory in that championship was practically assured. Jones won the 36-hole qualifying medal at Merion Golf Club in Pennsylvania with 69-73.

In the matches, he was never down to any opponent, and he clinched the title with an 8 and 7 romp in the finals over Eugene Homans. Jones then retired from championship golf. He was 28 years old.

Jones, though, would long remain associated with the game. He made a series of instructional films called How I Play Golf, wrote several books, and helped design a set of clubs.

Working with course designer Alister Mackenzie, Jones also created what would become one of the most famous layouts in the world -- the course at Augusta National Golf Club, future home of the Masters.

Jones clearly articulated his criteria for the new course. It would give the average golfer a fair chance, while requiring the utmost from top players. To that end, there would be over 300 yards difference between the championship and members tees.

But most significantly, the fairways would be wide, there would be no rough, and the course would include only 29 bunkers. The correct placement of shots would be paramount to negotiating the undulating ground. For Jones, golf was mainly a game of control.

Construction began in early 1932, with Jones hitting many shots from the projected tees and fairways to ascertain the proper angles, sight lines, distances, and playability of each hole. Many features of the Old Course at St. Andrews, Jones' favorite, were incorporated into the design.

The grand opening was on January 13, 1933. People came from around the world for the unveiling. The weather didn't cooperate but golf was played, and Jones, on January 14, shot a round of 69. Augusta National had been properly christened. 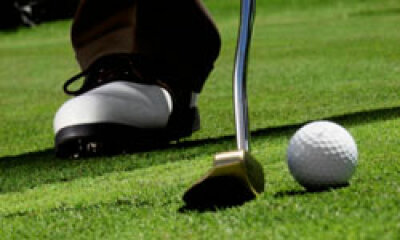 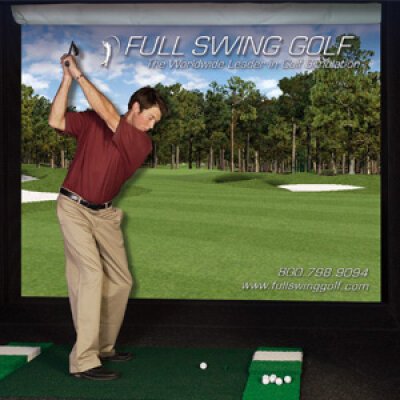 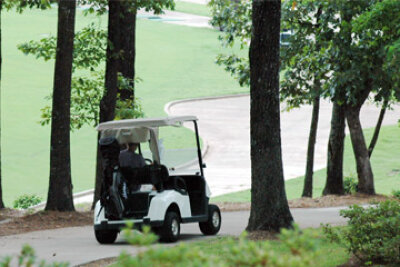