by the Editors of Publications International, Ltd.
Next
Sport Image Gallery 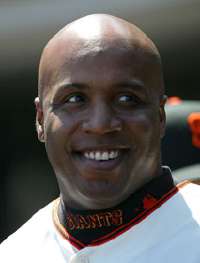 Throughout the years, baseball has remained so consistently strong, so rich in tradition, and so true to its colors. Sure, the uniforms may be a little snappier and the players may earn a few more bucks. But when you come right down to it, baseball in 1901 was essentially the same as it is today.

It's still three outs per inning, nine innings per game. Take ball four and you walk to first base, hit it over the fence and you trot all the way around. Even the teams are the same. The Pirates still play in Pittsburgh and the Cubbies still suit up in Chicago. And though Walter O'Malley may have moved his troops from Brooklyn to Los Angeles, we still call them the Dodgers.

This uniformity, this consistency is one of baseball's greatest traits. Throughout the years, the game has stood tall and proud, holding strong through the toughest of times.

Baseball rode through the dead-ball years and the Black Sox scandal. It survived the Great Depression, World War I, and World War II. Players struck for 50 days in 1981 and then demanded multi-million dollar salaries, but the game bounced back better than ever. Attendance continues to reach record levels. Nothing can ­shake this grand old game.

­In the articles below, we pay tribute to baseball's rich tradition. Through stories, stats, and photos, we capture the game's great moments, year by year, from 1901 up to today.­­

Each baseball season profile includes a season overview, which recounts the year's biggest stories: the pennant races, the World Series, the MVPs, and the rising sta­rs -- as well as the season's hottest controversies. Each year also contains a timeline that lists the season's highlights, lowlights, stats, and trivia.