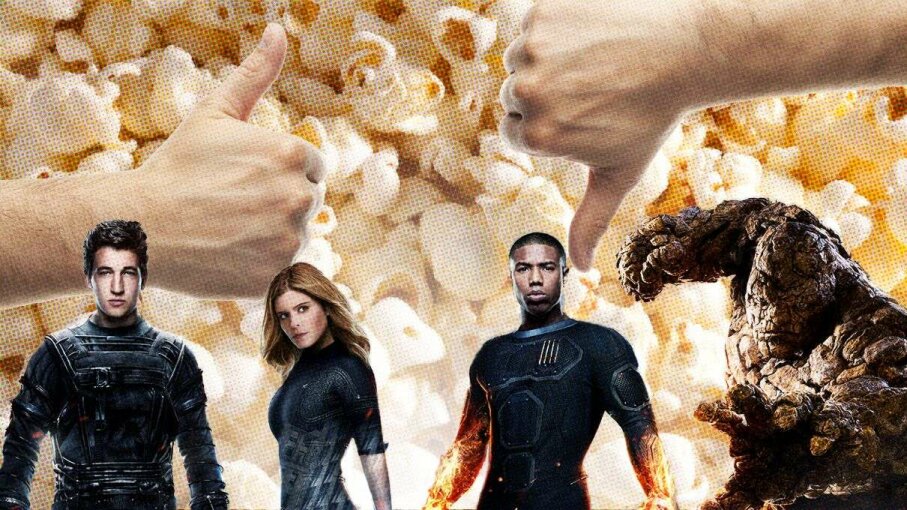 The Fantastic Four could not overcome the stigma of negative reviews and made very little money. 20th Century Fox/IJDema/ThinkStock 2015 HowStuffWorks, a division of Infospace LLC

Let's start with a tale of two movies, both of them just plain awful.

But despite the prerelease drubbing the film received from critics, “The Last Airbender” took in more than $40 million on its opening weekend and totaled more than $319 million in worldwide ticket sales. For a movie that cost $150 million to make, that's still a box office success.

Then we have 2015's "Fantastic Four," the reboot of the fantastic (in name only) franchise that launched back in 2005. From the start, the latest "Fantastic Four" was doomed with an inexperienced, flaky director and the most overworked plotline in modern action movies: the origin story.

Then came the reviews, a 9 percent on Rotten Tomatoes and a C- from CinemaScore. For a little perspective, that's worse than infamous comic-book-hero bombs like “Daredevil,” “Catwoman” and “The Green Hornet.”

But did “Fantastic Four” pull a “Last Airbender” and get the last laugh at the box office? Absolutely not. On its opening weekend, the tepid prequel made $26 million on 4,000 screens nationwide, the lowest opening tally for a wide-release superhero film since 2012's "Ghost Rider: Spirit of Vengeance." (Its final tally was $163 million — only $55 million in the U.S. — and, it cost $122 million to make.)

All of which makes us wonder, how can two equally bad films receive equally punishing reviews and result in wildly different ticket sales?

Time to call in an expert. Suman Basuroy is chair of the marketing department at the University of Texas at San Antonio College of Business and has conducted several in-depth studies on the relationship — if there is one — between movie reviews and box office performance.

Basuroy is quick to point out that there are no “perfect predictors” of box office success or failure but insists that “critics, in fact, have a strong, positive, significant impact in general on box office revenues.”

In a pair of studies from 2003 and 2015, Basuroy collected detailed, week-by-week data on movie reviews and ticket sales on a random selection of hundreds of films. Controlling for other moviegoer “influencers” like advertising budgets, star power and word-of-mouth, Basuroy found that the opinions of professional critics were — overall — very reliable predictors of a film's financial success or failure.

So people still read that stuff? Yup. And even more surprising, Basuroy has a soon-to-be-published paper that refutes the widespread assumption that online “user reviews” are much more influential than professional reviews published by “old” media.

Then how do you explain the improbable success of “The Last Airbender,” which was universally panned by critics? Basuroy's findings show an overall strong relationship between critical and box office success, but there will always be statistical outliers, movies that draw large audiences despite their innate horribleness.

Basuroy's findings echo similar research by media analysis firm Nielsen showing that while consumers definitely consult lots of online user reviews before buying a product or service, they're most likely to buy the thing most recommended by the “experts.” That's true for cell phones, cars, tablet computers, and as Basuroy discovered, movie tickets.

What's the takeaway for Hollywood studios that want to sneak a terrible movie past the official gatekeepers? Don't release any preview copies or press screenings. Perfect example: 2012's "The Devil Inside." The producers salvaged this “found footage” fiasco by cutting a slick trailer and keeping the movie out of critics' hands until it was too late. The $1 million film made more than $100 million before audiences realized they had been duped by a dud.