How to Create a Backyard Treasure Hunt

Lay It All Out 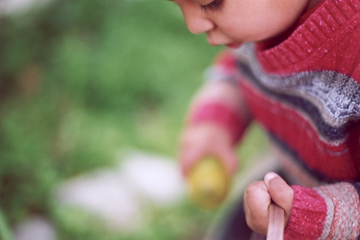 Before you start planning a treasure hunt, you should probably pick your loot. Its size and composition will determine where you can hide it, and knowing the final stop along the route can make it easier to figure out where to put your clues.

For example, if your treasure is the birthday cake, it won't be going in the dirt. If it's a pile of sticker sheets, or chocolate kisses, or a new video game for all your partygoers to play, you can put it in a plastic bag and hide it anywhere. If you're going big with some hula hoops or a birthday gift like a bike, "behind the tomato plants" probably won't cut it; you might need to go under the deck or in the garage.

Next, evaluate your yard: Where can you hide the clues? Most yards offer at least a few decent locations, including under bushes, in low tree branches, inside coiled hoses and buried under some mulch. Clues should be relatively few in order to hold the kids' attention, and the younger the kids, the fewer the clues. Five to eight stops on the way to the treasure is plenty [source: Martha Speaks]. You might want to put your clues in some sort of casing to protect them from the elements, too. Plastic Easter eggs or grocery store bags work fine, or you can laminate if you have the time and equipment. When examining your yard, also keep an eye out for any obstacles your route should avoid, like thorny rose bushes or anthills.

So you have your destination, and you have a hiding place for each clue. All that's left to do in the planning stage is decide the order of the stops -- which clue is first, second, third and so on.

To make it easier, write this all down. Either make notes showing the order of the clues or else draw a simple map of the yard and trace the route, marking clue locations. It'll be nice to have a visual layout to reference when you go inside to craft your clues.