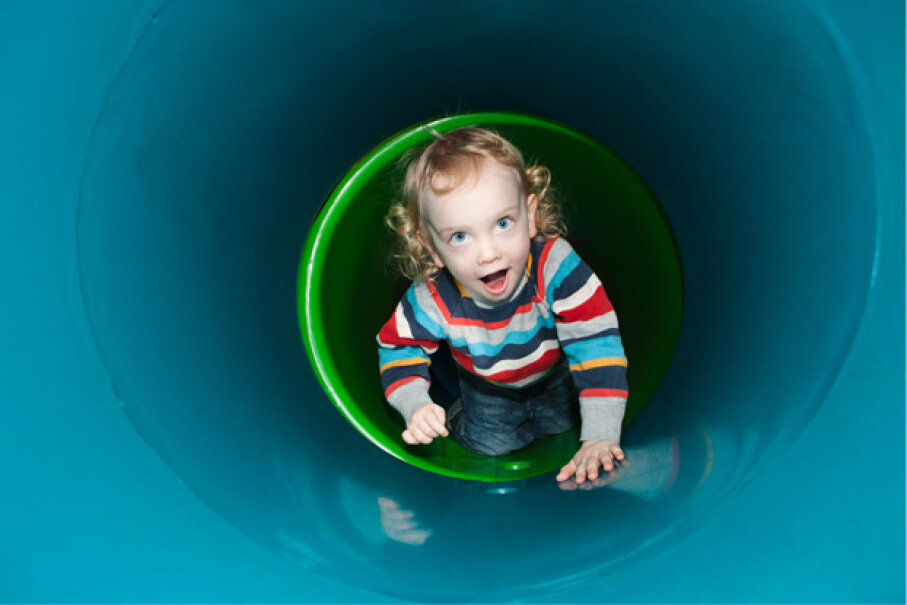 That looks fun, little dude, but wait until you get a load of these playsets. © Bernd Vogel/Corbis

For a select few children, getting sent outside to play might as well be like your mom shooing you to the local four-star hotel -- if the hotel catered to kids' imaginations and had a tire swing. No longer are we just talking swingsets and a rusty slide. The playsets in the next few pages are something the general public would most often see in a children's museum or theme park, and a lot of them cost not just as much as a car, but as much as a real house. You could live in. With a family.

So prepare: You're about to feel profoundly lame about the plastic slide and single swing you bought for the kids last holiday season. 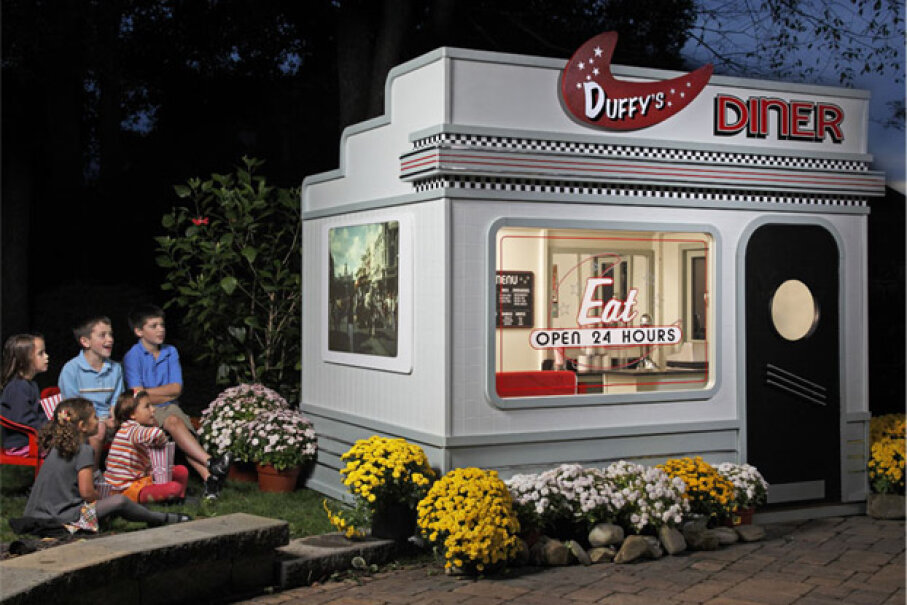 Could this playset be nicer than some of the joints you frequent? Photo courtesy Lilliput Play Homes

Sure, those of us with a hardy imagination might enjoy our little toy kitchens with wooden blocks of "bread" and plastic cast-iron skillets. But when it comes to playing restaurant, you'll be hard-pressed to find a more realistic version than Duffy's Diner ... short of actually employing a 4-year-old off-the-books in a greasy spoon.

You know you've got an awesome playset when Duffy's (a replica of a '50s-style retro café) isn't just a fun idea, but may actually be nicer than most restaurants you eat at regularly. Not only does it have the checkerboard floor I'd kill for in my own kitchen, the drive-through window and an add-on kid-sized red leather booth, it also has the option of an exterior drive-in movie theater screen. Let's repeat: This playhouse has the option of adding a drive-in movie theater screen. Starting at $7,200, you could buy a fairly decent car for the cost of using that drive-in screen.

But do consider that the cost might be offset if you can somehow convince the neighbor kids that shakes cost $5 a pop. 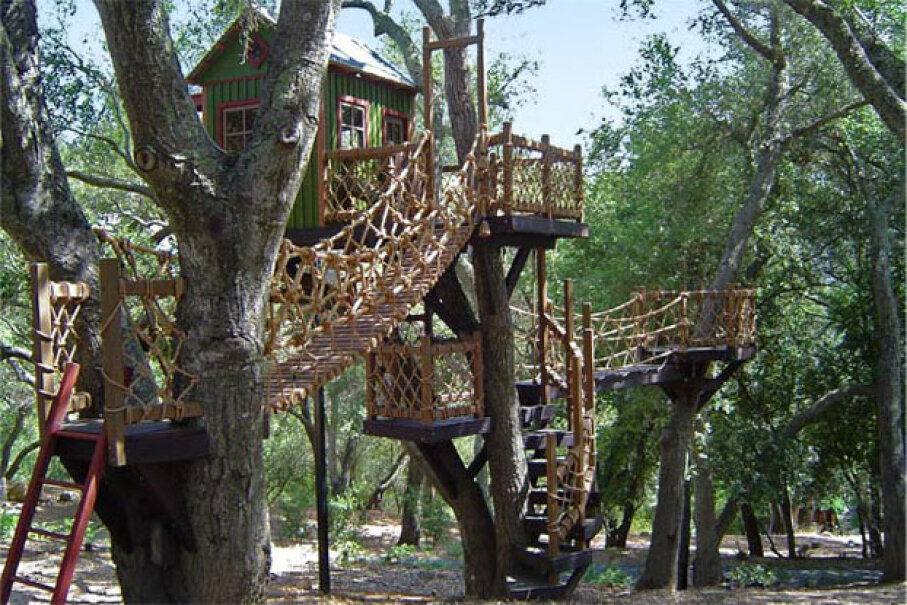 The play structure for those who prefer life amid the leaves Photo courtesy Barbara Butler Artist-Builder Inc.

A lot of us spent our childhoods scraping our knees climbing trees and picking small splinters out of our hands, hoping we could get a taste of the Swiss Family Robinson lifestyle. But perching precariously in grandma's maple tree and warding off squirrels wasn't exactly living like Tarzan.

Enter the kind of tree houses that are a lot more house than tree. Seriously, for the cost of this Tree Top Inn designed by Barbara Butler, you can buy a median-price home in Illinois [source: Illinois Association of Realtors]. Because this tree house costs $156,530 (in 2013). Of real money. To spend on a fraction of your child's overall playtime.

But is it worth it? The structure incorporates several different trees and levels -- along with handwoven rope railings -- to create spaces for a clubhouse, deck, balcony and spiral staircase. With ladders and wooden footbridges, there's no pretending here: You are straight-up living in the trees. Even the clubhouse has a gable roof and laminated glass windows and doors, lest you begin to feel as if you're roughing it a bit too much. 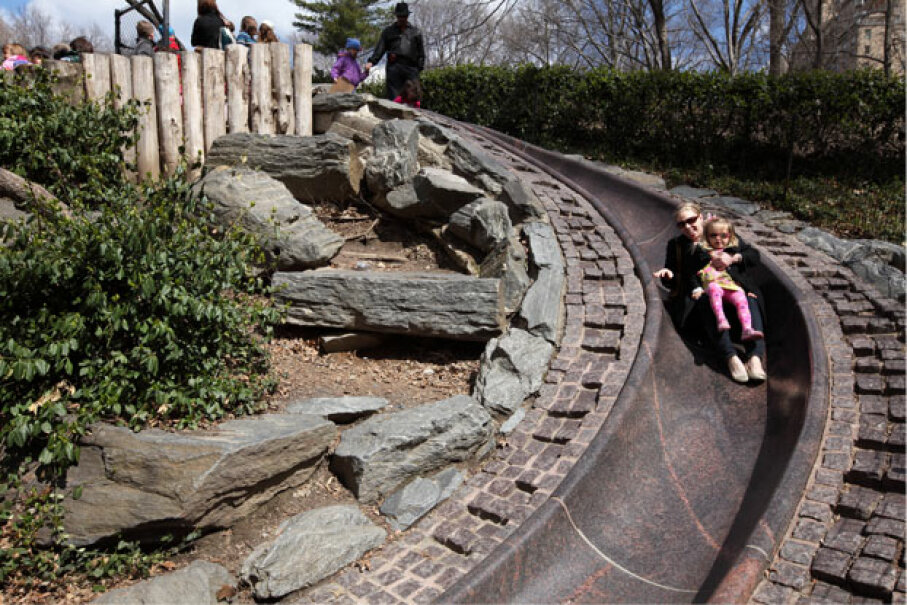 The granite slide at Billy Johnson Playground in Central Park gets a thumbs-up. Kids in the know bring a piece of cardboard to help them whiz down even faster. Steven Greaves/Lonely Planet Images/Getty Images

We can't all loll around our backyard on a hot summer day, lazily climbing our crazy tree house. While a lot of us schlep to the one swingset at the park a mile away, those lucky kids in Manhattan get to enjoy a smorgasbord of playthings at Central Park.

Consider that the Bernard Family Playground in East Harlem carries fishing poles so kids can catch and release fish from the nearby Harlem Meer. Or that Diana Ross herself funded the Diana Ross Playground, featuring an awesome wooden play structure. Or the Robert Bendheim Playground, designed to be used by kids with and without disabilities . . . and with a really cool sprinkler water feature. And don't forget the Safari, Mariners' and Wild West-themed playgrounds as well.

And there's a lot more, all in an area less than 1.5 square miles (3.9 square kilometers), at no cost to parents. 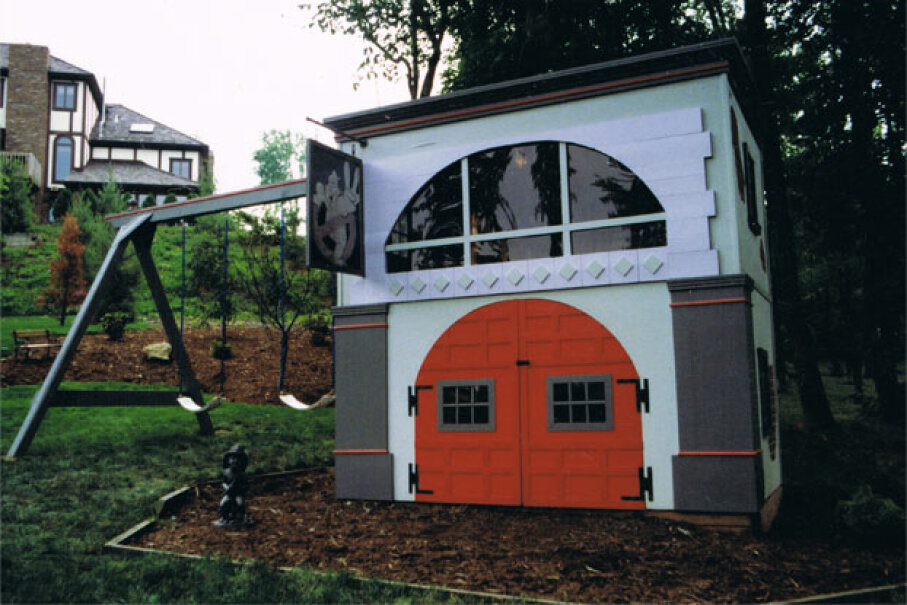 A mind-blowing playset might include insane features, but it doesn't have to depend on them to be unique. As we saw with Duffy's Diner, sometimes a good theme will transform a tired old yawn of a playhouse into cutting-edge kid's toy.

Take, for instance, the ship theme. What could be a run-of-the-mill setup is now a yacht. That's right: The next time your kid runs into Jay-Z at an event, they can both commiserate about how hard it is to keep the deck dry.

While ships are a pretty popular choice for backyard playsets, don't overlook the value of a fire station (starting at $5,800, as of publication). Lest they get too comfortable playing pretend, toss in this building "on fire" (starting at $4,900), and now the kids get a lesson in being vigilant about fire safety.

But the ultimate cool theme award (and possibly the ultimate cool parent award) might have to go to the Ghostbusters station replica. The miniature set reportedly included a ghost containment chamber, which is a fact I can't verify because ghosts aren't real.

Not Your Grandma's Swingset 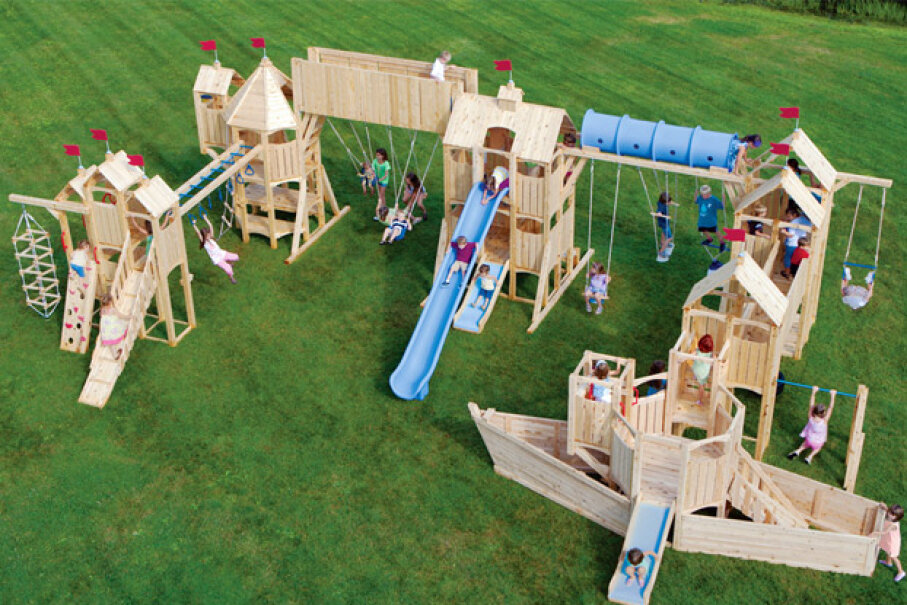 This CedarWorks model is from the company's Frolic line. It's priced at $24,240. Invest in it and you may have to turn away kids from neighboring counties. And states. Photo courtesy CedarWorks

So you're more of a traditionalist, say, and have no interest in sailboat structures, clubhouses in trees -- and you certainly don't want to mess with playing around in a public park. In fact, you're so particular about your swingsets, slides and monkey bars that you'd prefer to design them yourself.

No problem -- CedarWorks has you covered with not only gasp-inducing playsets (they start at $2,500), but a tool to help you design your own plaything [source: CedarWorks]. While a lot of the designs are technically traditional (swingsets, tire swings, slides, climbing walls), the company uses only northern white cedar with bigger wood cuts. The company also donates seedlings to offset their timber, and the sets are environmentally friendly enough to be "returned to the earth" without leaching chemicals from the wood [source: CedarWorks].

I don't want to brag, but I was the proud owner of a wooden backyard fort as a kid. It was super cool; it had a slide and a tire swing. It also had a nest of yellow jackets every year, along with exposed nails. My mother later converted it to a clothesline to dry laundry in the summer. Talk about bang for your buck.