5 Ideas for Camping in the Backyard

Browse the article 5 Ideas for Camping in the Backyard 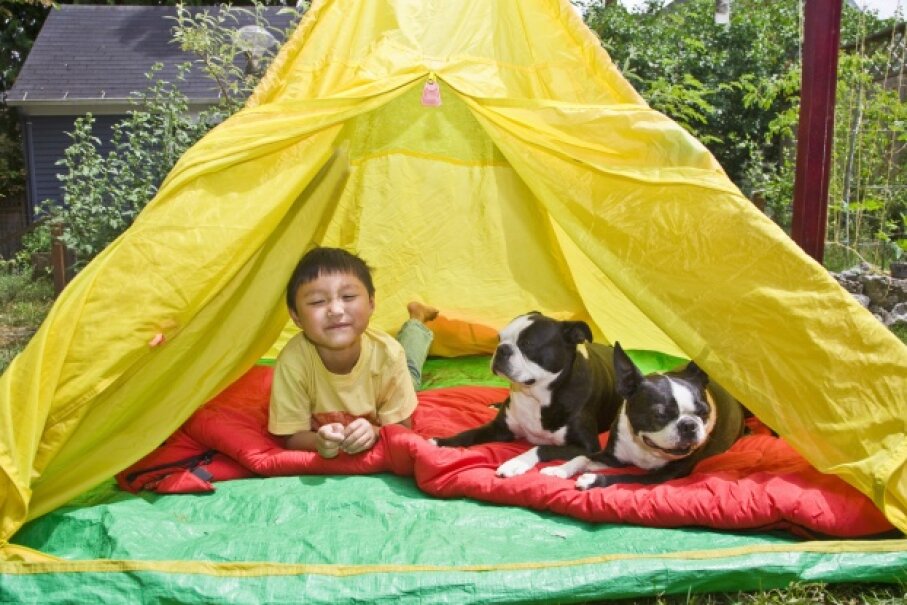 Camping is just about the most summer fun your family can have, if your family is not afraid of bears, giardia, partying strangers who keep you up at night, the cold, the heat or mosquito bites. If you do fear any of those, your family is probably fairly prudent, as camping isn't always strictly s'mores and smiles.

But tent living doesn't have to mean using leaves as toilet paper or hoisting your dehydrated meals into a tree to prevent hungry nighttime critters from eating them. Nope, camping with the family is as easy as setting up a tent in the backyard and pretending that your iPad isn't within 10 strides. And the idea is simple enough that anyone with a little green space at their disposal can do it. In the U.S., the National Wildlife Federation even sponsors a "Great American Backyard Campout" every year to encourage families to spend some time outdoors.

In the next few pages, we'll look at some ways to make backyard camping a little bit more inventive than simply setting up a tent and rolling out the sleeping bag. First, consider an off-season excursion out back.

(Nearly) Camp in the Cold 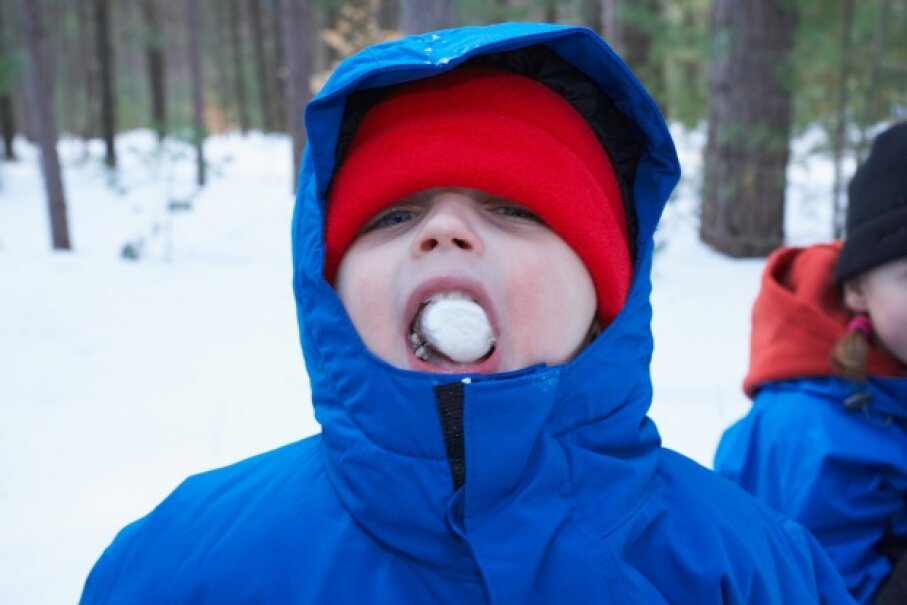 This might depend a little on your equipment -- or your location -- but don't assume that camping is only possible in the dog days of summer. Sure, you might have to include a heavier sleeping bag (and plan around rain or snow), but luckily the house is close enough so that no one is going to be stranded in a blizzard.

Camping in other seasons presents challenges, but can be a lot of fun. In the fall, kids can be charged with collecting the prettiest autumn leaves. Or take advantage of the season and try to "camouflage" the tent with piles of fallen foliage.

Even a (not-freezing) night in winter can work surprisingly well for a family campout. If you're not sure if you can make it the whole night, compromise: build a small fire pit in the backyard, away from trees and close to an extinguisher or hose. Be sure to read up on the correct technique, but it's as easy as digging a hole and ringing it with stones. Let the kids collect some sticks and voila -- you can all gather around the campfire on even the coldest winter night.

Make It a Dinner Affair 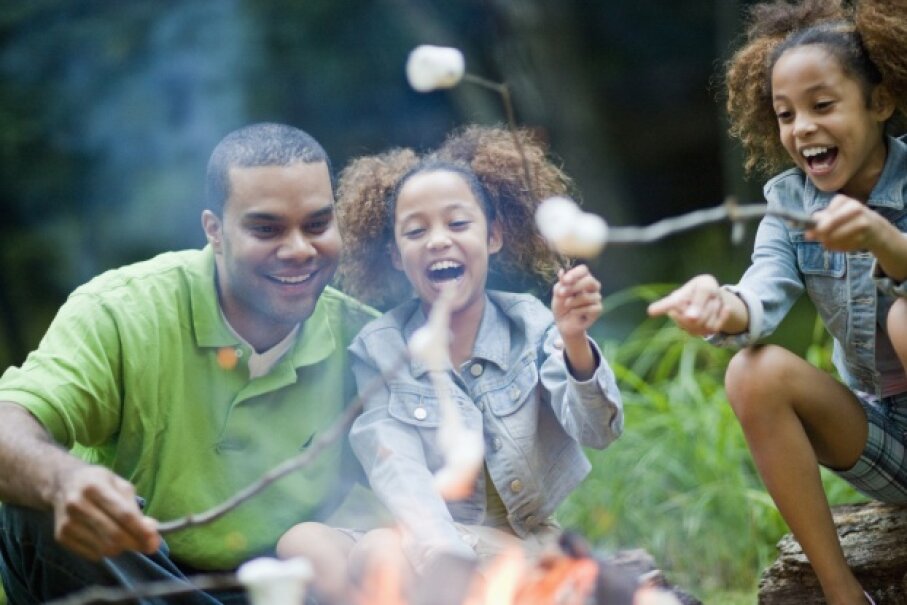 Like we said, marshmallows are always a hit. But you can get a little crazier than that with campfire food. Fuse/Thinkstock

A backyard campout, if done right, should not just mirror a regular camping trip but steal all of the most important elements, improving them with the amenities of home. And what is a campout without dinner around the campfire?

There's always the old standbys: hot dogs toasted over a flame on a stick you whittled yourself, for instance. And no one is going to bed without a roasted marshmallow (or 13) in their stomach. But feel free to get creative. If you're really going for the camp experience, try roasting a fish -- wrapped in leaves the kids collect from the yard -- over the grill. Even maple leaves work, and they give your dinner some serious camp-cred [source: Martha Stewart].

Don't forget the tin foil -- wrapping a load of potatoes and onions in the stuff and letting them roast in the coals is a camping go-to. For dessert, if s'mores aren't enough, cut into a banana and peel a bit of it away. Fill it with a mixture of butter and brown sugar, and then seal it up with foil. Let the banana roast in its buttery, sugary skin, and you have a delicious, tropical dessert that evokes camping on the beach.

Give 'em Some Space 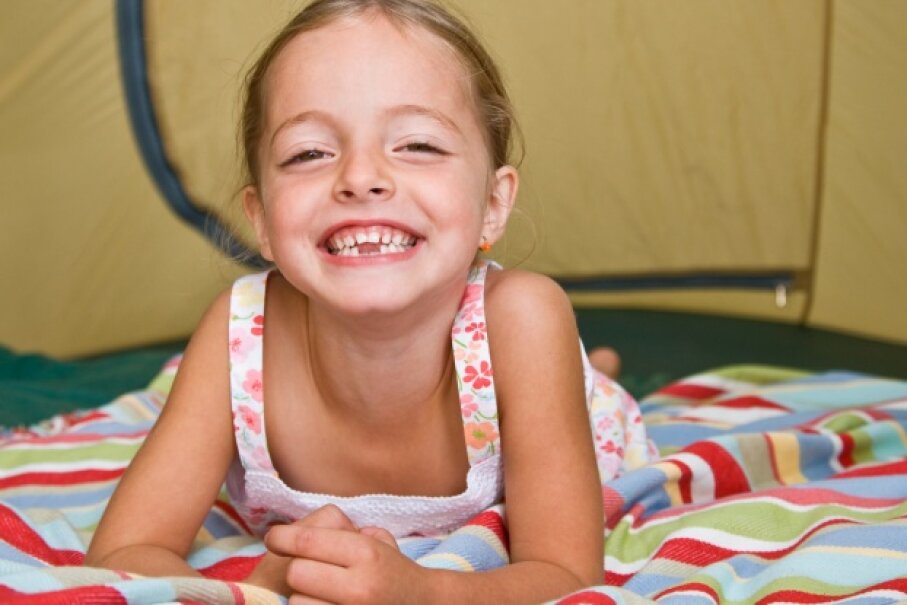 "Yeehaw! I got this tent all to myself!" iStockphoto/Thinkstock

At a certain point, the idea of a family campout will become the second-most fun activity the kids can imagine. First? Camping without mom and dad. Fair enough. Nobody likes a tentmate who keeps asking if you've brushed your teeth yet.

For little ones, camping all alone in the backyard is a terrific way to dip their toes in the waters of independence. In general, it's a pretty safe way for helicopter parents to slowly lift off a little. It also might even pose a decent time to have a down-to-earth conversation with your kids about how to stay safe in their neighborhood.

A lot more fun is the conversation about how to stay safe in the wilderness. Brainstorm with the kids some things you'd need on a real camping trip, and collect what you can around the house. Flashlights, warm blankets, bug spray, provisions of trail mix -- all the important things you needs to set up camp. Add in a compass for a lesson on determining direction in the outdoors. Or a lesson on where north is, at least.

Get Back to Nature 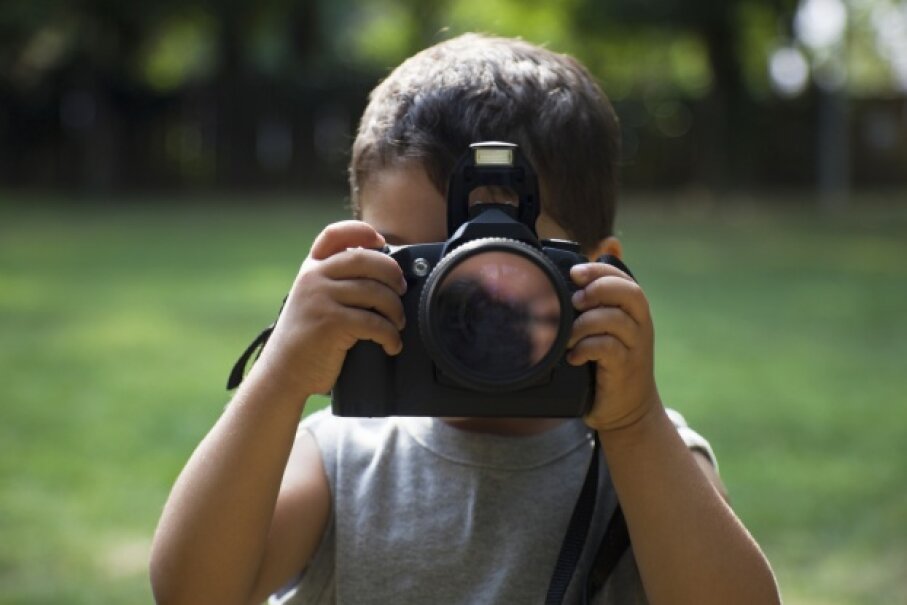 Even the lawn of your manufactured home is nature, and being in the backyard should open the kids' eyes to the wilderness around them. Start the night off with a nature hike around the neighborhood. Take some binoculars to spot birds, and collect different leaves or plants. At home, ask the kids to try to identify the birds or plants they saw from a field guide.

But nature isn't about just knowing what you're looking at; it's also about looking, period. Give the kids a disposable camera and ask them to take some pictures of the natural world in the backyard or neighborhood, and create a budding wildlife photographer.

Bonus lesson: Take the opportunity to teach the kids about how tribes native to the area lived before settlers moved in. See if you can find some things they gathered to eat or try to make some tools they used. 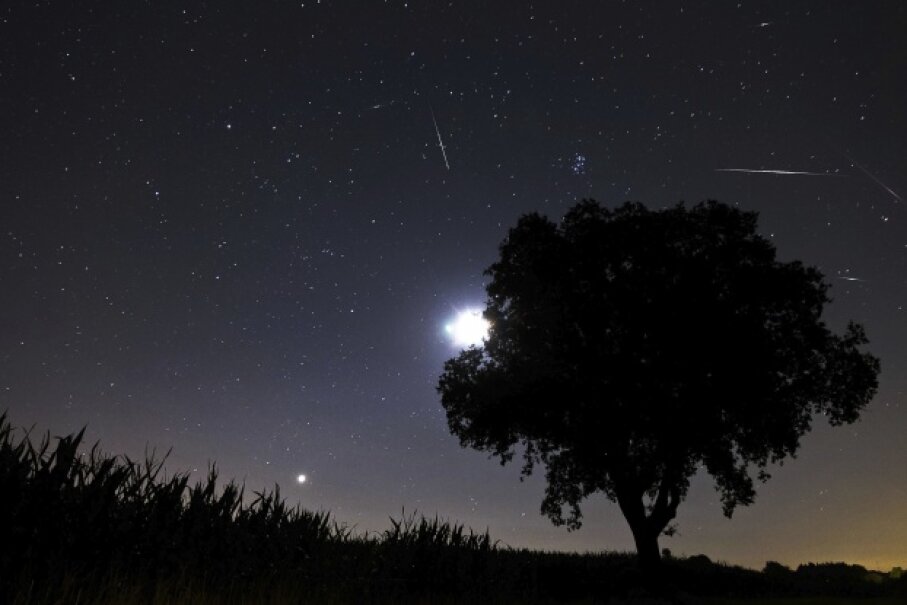 Meteors can put on quite a show for campers who are willing to find a patch of dark sky. This display was part of the Perseids. iStockphoto/Thinkstock

Even for adults, the dark can be intimidating, even in your own backyard. Pick a clear night with a full moon, and the kids might be a little less likely to scare themselves silly with ghost stories.

And certainly try to plan the night around a cool astronomical event. In the Northern Hemisphere, the Perseid meteor shower happens around August every year, and little campers will be treated to 50 to 100 meteors per hour. Expect a late night, though, as the show gets better after midnight and is best in the dark hours before dawn. If you're camping in the Southern Hemisphere, you're probably doing it in the warmer months there; try looking out for the Geminid meteor shower, which comes in roughly December and follows a similar pattern to the Perseids [source: EarthSky]. (Dark sky devotees can also catch this show in the Northern Hemisphere, too.)

If you miss a meteor shower, don't worry: You can always drag out an astronomy book and work with the kids to pick out a constellation or two. Have them try to do as the ancient Greeks did, and find pictures or stories in the web of stars. If all else fails, try to spot shooting stars and satellites.

Author's Note: 5 Ideas for Camping in the Backyard

Let's be honest: I was always the kid who begged my parents to set up the tent in the backyard -- summer, fall, winter, spring -- only to get a little nervous by dark and wander in to sleep "just because." But it's not necessarily the sleeping-outside-all-night that is the fun; it's the independence and feeling of self-sufficiency that came with it. Every kid deserves to feel like a true mountain man or woman at least once a summer.