Fan conventions are a costumer's paradise, and the fun isn't limited to superheroes, aliens and elves. Historical and alternate history costumes have their own place, as these pictures from Dragon*Con 2010 show.

Fan conventions are a costumer's paradise, and the fun isn't limited to superheroes, aliens and elves. Historical and alternate history costumes have their own place, as these pictures from Dragon*Con 2010 show. Has anyone seen Jane Austen? 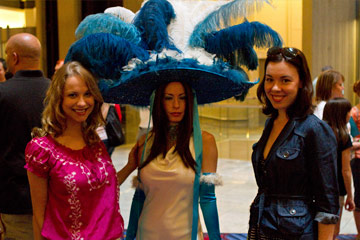 Katie Lambert and Sarah Dowdey of HowStuffWorks.com's Stuff You Missed in History Class podcast pose next to a costumer in a theatrically large hat. 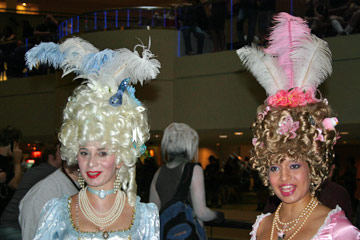 Hats aren't the only crowning glory in historical costuming: Wigs and feathers can hold their own. 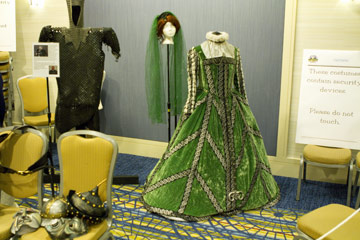 Even at a science fiction and fantasy convention, there's enough interest in historical costuming for organizers to set up an impromptu costume museum of clothing through the ages. 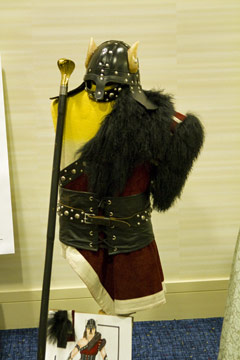 Dresses may get most of the attention, but men's clothing is an important part of historical reproductions as well. 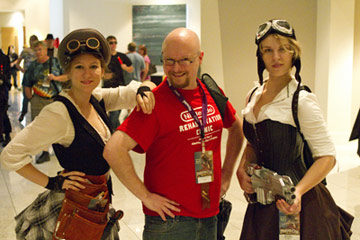 Reproduction is only part of the story. Over the past few years, alternate history, particularly steampunk, has moved to the forefront of the costuming world. HowStuffWorks.com's Jonathan Strickland poses with two costumers wearing one of steampunk's hallmarks: goggles on your hat. 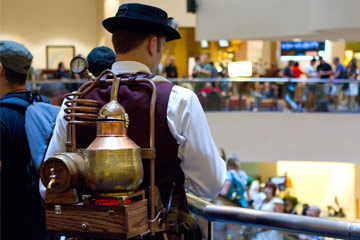 Steampunk builds on the question, what if steam took the place of petroleum in the Victorian era? Steampunk gadgets, such as this Ghostbuster-esque device, tend to be covered in steam pipes and clockwork gears. 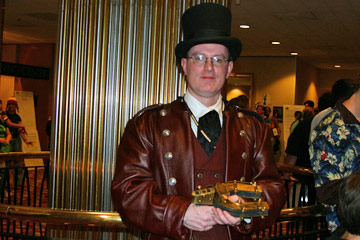 Handheld tools and weapons can also have a steampunk flair. 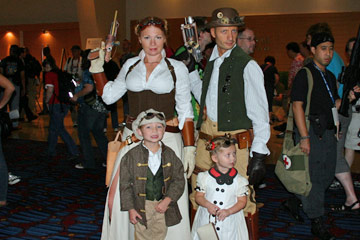 Steampunk for the whole family. 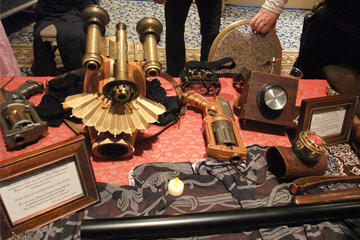 Weapons, gadgets and gizmos are on display at the Steampunk Makers' Exhibit at Dragon*Con 2010. 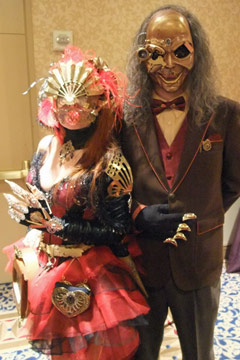 The right mask and accessories can give a steampunk costume a hint of the macabre. 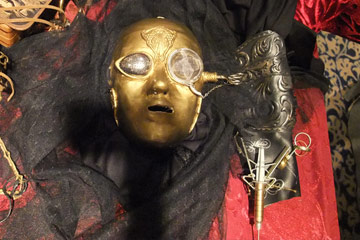 Also common in steampunk costuming are brass, leather and lace. 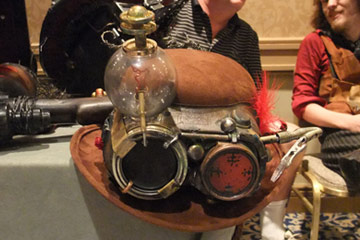 And once more because it's so prevalent in the steampunk world: goggles on a hat.

How Contortionists Work
How Todd Bol Started the Little Free Library Movement
Did the Chinese Invent the Superhero Team?