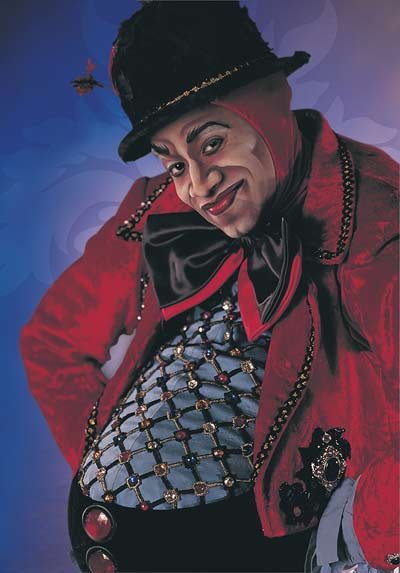 The soundtrack for each Cirque show is developed by members of Cirque du Soleil's creative team. The team is led by a composer, such as Rene Dupere, who wrote the Grammy-nominated soundtrack to Alegria as well as several other Cirque shows.

Alegria's soundtrack, like all Cirque du Soleil soundtracks, is an eclectic mix of music styles. This mix of music establishes the changing mood and theme for the audience.

The soundtracks to all Cirque du Soleil shows feature music which uses "phonetic sentence strings" instead of actual words. According to Parisien, "use of real words blocks the possibility of imagination." Parisien believes that this signature lack of a language, like the show's open-ended theme, leaves room for audience interpretation and lends Cirque a universal appeal.

A University of Ohio doctoral student researching the theatre arts once went undercover to study Cirque du Soleil. While working with the performers, she learned about the language of Cirque, or what the performers refer to as "Cirquish." The performers speak a sort of gibberish that is a blend of languages and sounds. What seems like a foreign language to an outsider is often a creation of the performer.