by Alia Hoyt
Prev NEXT
5

Performers get into character during the Bogota, Colombia tour of 'Cats' in 2009. Gal Schweizer/LatinContent/Getty Images

Conceived by now-famed British composer Andrew Lloyd Webber, "Cats" was improbably inspired by a book of poems by T.S. Eliot, called "Old Possum's Book Of Practical Cats." The musical itself tells the story of a hodgepodge collection of junkyard felines who emerge one night per year for the Jellicle Ball, during which they sing their story to their leader, who chooses one to "ascend to The Heaviside Layer and be reborn into a whole new Jellicle life" [source: Cats the Musical].

Now, Broadway was used to some pretty wacky ideas by this time, but turning cat poetry into a major musical was met with serious skepticism. However, the pushback Webber faced during development and initial production (he even had to take out a second mortgage on his home to finance the show) faded quickly with the success of breakout song, "Memory." Arguably, "Cats" was Broadway's first blockbuster musical — complete with over-the-top sets and costumes and devoted fans — which paved the way for others like "Les Misérables" and "Miss Saigon" to have enormous runs.

Critical reception was decidedly mixed. But in the end, it didn't matter. The show played on Broadway for 18 years, closing in 2000 after 7,485 performances. Once the record-holder for longest run, it was eventually surpassed by another Webber hit, 1988's "Phantom of the Opera," which was still playing on Broadway in January 2018 [sources: Playbill, Biography]. 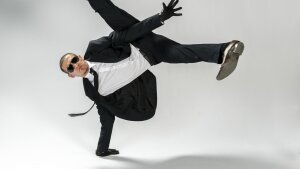