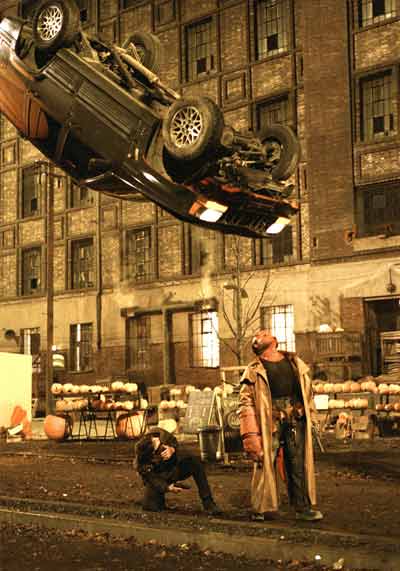 Wendy Partridge worked closely with the make-up, stunt and special-effects departments to coordinate the film's over-1,200 costumes with the logistical needs of filming.

For instance, one of her challenges was dealing with Hellboy's tail. Wendy had to design costumes that would conceal all the wiring that operated the moving tail. The physical nature of the film required dozens of duplicates to be made of each costume because they would get damaged so often.

Partridge combined store-bought clothing with hundreds of fabricated costumes to match the film's look and feel. Partridge also used the comic book as her guide and often had to make decisions about which textures and fabrics Mignola was drawing.

"Just coming up with the right coat for Hellboy was a challenge. Do you make it out of fabric? Leather?"