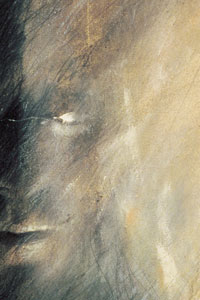 Neil Gaiman, and established writer outside of the comic arts, is another household name in graphic novels. One of his best-known works is "The Sandman" series, in which immortal characters, such as Death and Desire, delve into aspects of human history and includes broad swathes of experiences, from pop culture, to serial killers, to Freudian analysis. Gaiman splashes "The Sandman" with all types of historical settings and blends in different types of literature, too, adding even more depth to his work.

In 1995, DC comics unveiled "Stuck Rubber Baby," by Howard Cruse, which explored the travails of a white, homosexual Southerner who becomes embroiled in the Civil Rights movement.

"Persepolis," by Marjane Satrapi, mashes cultural and gender issues galore into her autobiography about her childhood, which was affected dramatically by the Iranian revolution.

In "Jimmy Corrigan, the Smartest Kid on Earth," by Chris Ware, the title character works through difficult problems with his family and encounters hot-button issues such as race and his own personal history. Some pages of this novel are totally devoid of text, relying on illustration alone to move the complex mix of flashbacks and layered storylines.

Joe Sacco has earned critical laud by blending journalistic style with graphic storytelling, notably in "Palestine," which draws heavily on his visits to the West Bank and Gaza Strip, relating in bleak drawings the hardships of the people there and their dealings with Israeli conflict and war. In a similarly-constructed novel, "Safe Area Gorazde," Sacco addresses the horrors of the Bosnian War by including information he gleaned from interviews with survivors.

As you can probably imagine, it takes a lot of time and energy to conceive and fabricate a graphic novel that serves as lasting art. Luckily for the writers, they don't often have to go it alone. Next, you'll see how writers are really just one cog in the machine of a slick graphic novel.